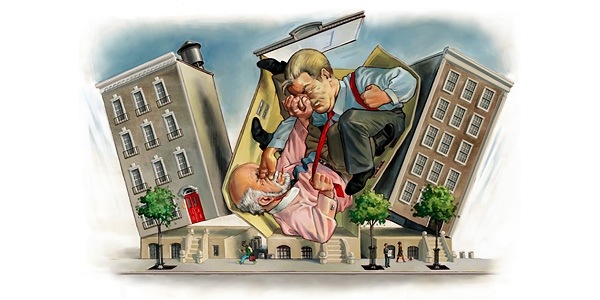 Read the “0803 Evening and Morning” devotion for today, by the late Charles Haddon Spurgeon.

“And if a house be divided against itself, that house cannot stand.” (Mark 3;25)

As we read through this portion of the Book of Isaiah, we see that God is pronouncing judgment on all of the nations that have been enemies to God and His people, Israel. In chapter 19, we see that God is dealing specifically with the Egyptians. The Egyptians had been an enemy to the people of God throughout much of their history. Perhaps, they were not as bad as some; yet, still God states here that some judgment is coming.

My thought for this morning surrounds verse 2 of chapter 19. Part of the judgment that was going to come to Egypt was a battle from within its own borders; a fight among its own inhabitants; a civil war. Our nation faced this same type of conflict 150 years ago. It was perhaps the ugliest battle America would ever face: neighbor against neighbor; brother against brother. We found that it was impossible for the nation to move forward until its inner struggle was settled.

I have noticed that we oftentimes face a similar type of judgment in our families and in our churches: a division on the inside; a battle, not with an invading army, but with an injured brother. When a church moves away from fighting the external battle against the world and the devil, it then begins to fight amongst itself. It seems that by nature we are fighters, and to some degree we ought to be. We ought to fight against the sin and the darkness of this world, we ought to hate the devil, and we ought to be striving together in order to bring the gospel to the people around us. Oftentimes we forget who the real enemy is and we take up arms against each other. Satan is very wise and understands that if he can get us to destroy each other, he won’t have to destroy us himself.

We see that this problem is also prevalent inside the home. Parents are not always in one accord, but are often at odds with one another. They fight about finances, about child-rearing, and about a lot of other things. All of this division is rooted in pride, with each individual insisting on getting his and her own way. Shame on us.

The cure for this problem is simply to recognize the battle is not within, but without. When we get busy fighting for the Lord, we will not have time nor desire to fight each other.