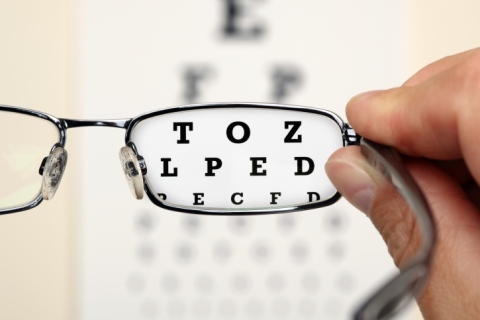 Read the “0802 Evening and Morning” devotion for today, by the late Charles Haddon Spurgeon.

“How art thou fallen from heaven, O Lucifer, son of the morning! how art thou cut down to the ground, which didst weaken the nations! For thou hast said in thine heart, I willascend into heaven, I will exalt my throne above the stars of God: I will sit also upon the mount of the congregation, in the sides of the north: I will ascend above the heights of the clouds; I will be like the most High.” – (Isaiah 14:12-14)

Five times in this passage, we see Lucifer (Satan) using the phrase “I will”.  Did you ever notice how much we use the word “I”. We, like Satan, are full of ourselves. Satan fell because of his pride, and most of us have the same problem. We would never admit it, but we are really the “god” of our own lives. We worship ourselves, and though we won’t admit it, we are really not much different than Satan when it comes to pride. It is natural to exalt ourselves, and it is very diffficult to be humble; but humility is required for us to surrender to Christ. In order to be saved, we need to humble ourselves, and in order to live the spirit-filled life, we must continually abase ourselves and lift up Christ. Easier said than done.

Lately, we have been bombarded with news of great men who have fallen into sin. It both grieves me, and scares me because I know that it could be me. I am sure, however, that pride is a root factor in all of these moral failures that we are hearing about. I think if we were to be able to examine each individual case carefully in retrospect, we would be able to recognize a pattern of pride. A Biblical example of someone falling due to pride is what happened to King Saul. He was at one time “little in his own eyes”, but God elevated him in the eyes of men. He enjoyed the praise and respect of men, and began to believe all of the nice things that people were saying about him, and all of the attention that he was getting. Somewhere along the line, he probably started to think that he somehow deserved the credit that he was getting. He gradually began to steal a little of the glory that rightly belonged only to God. He then started to operate independently of God, doing his own thing instead of obeying what God commanded. He also became threatened and insecure when anybody else received any praise. Eventually, he fell.

David fell also. He became too important to fight with the rest of his army, so he stayed home. He saw a woman that belonged to another man, but because he was the king, he felt that he was entitled to take her. He then tried to cover up his sin with the murder of her husband, and he was sure that he would get away with it. After all, he was a big and powerful man. Who would dare question King David? He though that he could do whatever he wanted. He wasn’t under any authority, not even God. What a shame.

Unfortunately, we see this all too often in the ministry, as well. As God begins to allow us to see some success in our ministries, we must remember that it is He that worked through us. We have no right to think that we are deserving of praise. To God be all the glory. Watch out for pride. Stay “little” in your own eyes, and don’t allow people to exalt you. Deflect all praise to the Lord for He alone is worthy.

Amen Pastor. As leaders in Church or outside of church or work or at home no matter what position you are in we are to build up and not tear down we are not serving ourselves but the lord Jesus Christ we are to be encouragers of the word not criticizer to the point of demoralizing someone and belittling them ,when we do that we are out of our Christian character and we are putting ourselves above Christ and leaving someone with a broken spirit.remember it is not i but Christ.By the way this has happened to me recently and I am praying that the lord will heal my broken spirit.like the post.