Apr 7th, 2021 Encouragement from the Lord 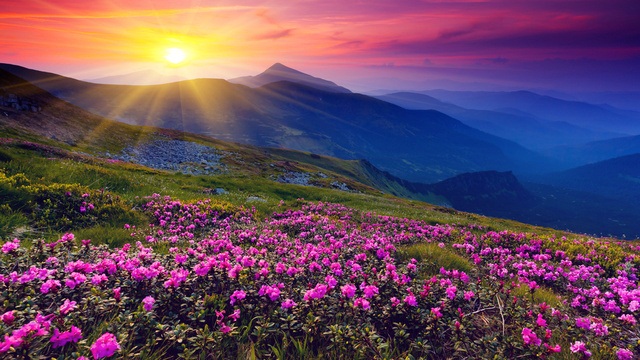 Read the “0407 Evening and Morning” devotion for today, by the late Charles Haddon Spurgeon.

“And David was greatly distressed; for the people spake of stoning him, because the soul of all the people was grieved, every man for his sons and for his daughters: but David encouraged himself in the LORD his God.” – (1 Samuel 30:6)

In our passage this morning, we see David and his men returning home to Ziklag, and discover that the city was burned to the ground and their wives and children were gone. At this point they have no idea what these Amelekites had done to their families, but I am sure that David and his men suspected that they were either being slaughtered or, at the very least, abused. The men were naturally distraught. At times like these, people want to blame somebody, and since David was their leader, he bore the brunt of their wrath. Remember, these were men that loved David, and risked much by following him. This was certainly a great test of David’s leadership. But how was David supposed to help his men, when he was also distraught due to the loss of his family. It is very hard to encourage and lead people when you yourself are discouraged; and David is perhaps at the lowest point of his life here.

The last sentence in the verse tells us what got David back up to where he could do something to help these people who were relying on him for leadership. “…David encouraged himself in the Lord his God.” It is not easy to turn to the Lord for encouragement when you are down. Honestly, I can speak from experience when I say that sometimes I want to just wallow in the mire of discouragement. Have a little pity party, so to speak. But, that will not help anybody. David didn’t stay down; he got back up. He received encouragement from the only source available at the time. Remember, his loyal men wanted to stone him at this time. David went to the Lord, and the Lord gave him the answers that he needed; and in a very short time, they had recovered their families, not to mention their possessions. However, none of that would have happened if David would have just stayed down.

This passage is a great encouragement for us today. Personally. I have  battled with discouragement. I guess, like David, I needed to get up, go to God, and get back in the battle. And, when I got encouragement from the Lord, then I was be able to give some encouragement to the people around me.

Amen thank you for the encouragement. Many times when I was down He lifted me to higher grounds.