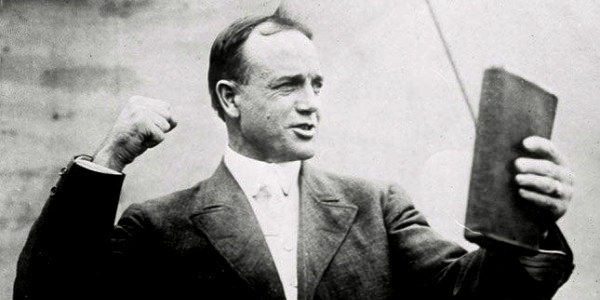 Read the “0326 Evening and Morning” devotion for today, by the late Charles Haddon Spurgeon.

“And it was so, that all that saw it said, There was no such deed done nor seen from the day that the children of Israel came up out of the land of Egypt unto this day: consider of it, take advice, and speak your minds.” – (Judges 19:30)

Judges 19 contains one of the strangest and saddest stories in all of the Bible. In this account we learn of a man from the tribe of Levi that was travelling through Israel with his concubine. In a polygamous society a concubine was a woman that was married to a man, but did not have the same status as the man’s wife or wives. At any rate this man and his wife were looking for a place to stay for the night while they were travelling through the city of Gibeah, which was occupied by the Israelite tribe of Benjamin. For a long time no one would offer them lodging for the night, until suddenly an old man who was also a sojourner in the city offered them food, and lodging at his house. During the night, the men of the city attempted force entry into this older man’s home so that they could “know”  the man that was visiting. In this case the word “know” meant that the men of the city wanted to have sexual relations with the man. What happened to this man in this story is very similar to what was attempted on the two angels who visited Lot in Sodom (see Genesis 19), which indicates the level of depravity that the men of this place had reached. They are finally content to take the man’s concubine and abuse her all night long until she ultimately dies from their cruelty. The travelling man then takes the body of his wife and cuts it up into pieces, and  sends a piece of her body to each of the tribes of Israel. I realize that this is a strange story, but that’s what happened, in a nutshell.

My attention is drawn to the statement made to the reader in verse 30. We are instructed to “consider of it, take advice, and speak [our] minds”. Why did God tell us to do this after reading this portion of Scripture. I believe the reason is because the wickedness committed by these people from the tribe of Benjamin in the city of Gibeah was so heinous, that God did not want it to be just wept under the rug or passed by. He wants us to think about it;  to get mad about it; and to do something about it. By the way, we will read tomorrow in chapter 20 what the rest of Israel does to punish this sin. I won’t spoil the story, but let me assure you that the people of Israel pay a great price for allowing this kind of wickedness to take place in the Land of Promise.

I believe that the advice given by God to the Israelites of that day is good for us today. He wants us to get mad about sin, and then do something about it. We are to speak our minds as well when it comes to condemning sin. This world ought to have no doubt in their minds about where we stand regarding the sin that is taking place in our land; and we ought to go beyond just condemning it with our mouths; we ought also to take action against it.

“This witness is true. Wherefore rebuke them sharply, that they may be sound in the faith;” – (Titus 1:13)

“Preach the word; be instant in season, out of season; reprove, rebuke, exhort with all longsuffering and doctrine.” – (2 Timothy 4:2)

Let’s not turn our heads to sin, but rather let’s speak the truth in love, and stand against it.

I tried to click the link for the scriptures to listen to and it says the links are broken. Just thought I’d let you know.