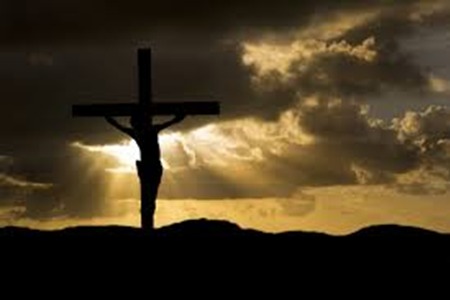 Read the “1125 Evening and Morning“ devotion for today, by the late Charles Haddon Spurgeon.

“Wherefore God also gave them up to uncleanness through the lusts of their own hearts, to dishonour their own bodies between themselves: … For this cause God gave them up unto vile affections: for even their women did change the natural use into that which is against nature: And likewise also the men, leaving the natural use of the woman, burned in their lust one toward another; men with men working that which is unseemly, and receiving in themselves that recompence of their error which was meet. And even as they did not like to retain God in their knowledge, God gave them over to a reprobate mind, to do those things which are not convenient;” (Romans 1:24, 26-28)

The Apostle Paul wrote the Epistle to the Romans from the vantage point of the City of Corinth near the conclusion of his third missionary journey. The city of Corinth was a very immoral place whose practices had crept into the church. There is even a report of an incestuous relationship between a man and his step-mother. Paul explains in the first chapter of Romans, from verses 18 – 32, the depravity of mankind, which he was seeing on a daily basis as he travelled through Corinth and the rest of the Roman Empire. Sin was everywhere, and it was not only accepted, it was even condoned by the mainstream of the citizens.

Today it has become much the same way in America. Sin seems to find no boundaries, and our society is steeped in its wickedness; and there are few who are voicing an opinion of opposition. In the verses listed above, we see that man’s rebellion against God eventually leads to unrestrained lusts, which will manifest themselves into many forms of sexual immorality including fornication, adultery, and homosexuality. In America today homosexuality is being forced down the throats of the people. The schools are spending millions of dollars convincing our children that the old fashioned concept of monogamous, heterosexual marriages are just not in step with today’s enlightened culture. The government is creating volumes of legislation designed to silence anybody who speaks against the madness that is consuming our country from the inside out.

Homosexuality is still sin. God called it an abomination in the Old Testament, and even destroyed Sodom and Gomorrah because of it. And though homosexuality was not specifically mentioned, I am sure that it was part of the “wickedness” that grieved God in Genesis 6 causing him to destroy the entire earth with a flood. Here in Romans 1, God reaffirms His disdain for sexual impurity, and though He loves people, all people, all sinners, including those who are guilty of homosexuality, He still hates the sin.

I do not think, however, that Christians should elevate one particular sin over another. It would be wrong for us to emphasize the wickedness of homosexuality and minimize other sins, which are just as sinful in the sight of God. Remember, God also said that “divers weights are an abomination unto the Lord, and a false balance is not good” (Proverbs 20:23), referring to cheating people in business transactions. It is all sin, and it is all displeasing to the Lord. But we must not call homosexuality or any other sin anything but what God calls it. The present culture will call you a racist or a homophobe if you do not go along with its pro-homosexual agenda. As Christians, however, we need to be far more concerned about God’s opinion than we are about what the world thinks is right. “We ought to obey God rather than men.”

In these last days, I can only imagine that man will continue to get further and further away from the will of God, but Christians must stand firm. Don’t be duped by this sinful generation into thinking that there is nothing wrong with homosexuality. It is sin. Don’t stop loving all people, including homosexuals. Don’t stop trying to share the message of forgiveness that is available to all of us sinners through the shed blood of Jesus on the Cross of Calvary. But don’t capitulate to this world either by calling homosexuality anything other than what it is – sin. We are all guilty of sin, but let’s not be guilty of disagreeing with God about what sin is.

Posted in Thoughts from Romans by Phil Erickson with no comments yet.
0 0 vote
Article Rating
Subscribe
Login