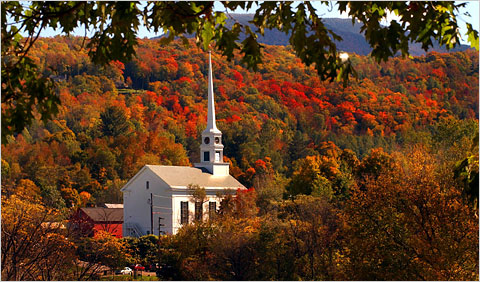 Read the “1124 Evening and Morning“ devotion for today, by the late Charles Haddon Spurgeon.

“And Paul dwelt two whole years in his own hired house, and received all that came in unto him, Preaching the kingdom of God, and teaching those things which concern the Lord Jesus Christ, with all confidence, no man forbidding him.” (Acts 28:30&31)

The last few verses of Acts sum up the purpose of Paul’s entire life, to preach Christ. No matter where he went, and no matter who he was talking to, Paul preached Christ. In these last three chapters we see Paul rehearsing his testimony before Herod and Festus. Later we see him being the spiritual leader during the crisis of the shipwreck; and later still he is ministering to the people on the island of Melita. Paul had one focus in life and that was to be an ambassador for the Lord Jesus Christ. He could have gotten bitter about his unjust treatment; he could have gotten discouraged because of his lack of liberty; but he just kept preaching Christ: to kings and governors; to soldiers; to his fellow prisoners; to the barbarous people on the island; to the Jews and Gentiles at Rome.

I am thankful for the faithfulness of Paul, and men (and women) like him that have also been faithful to preach Christ. I was saved because someone was faithful to preach the gospel to me. In fact, I had several somebodies who had witnessed to me. I am thankful for my friend Kathleen who preached Christ to me; and for Pete; and for Doug, a dairy man at Shoprite who invited me to church; and for Reverend Riter who knocked on my door while canvassing for a bus ministry; and for men on the radio like J. Vernon McGee who were also faithfully preaching and teaching, and were used of God to ultimately reach me.

I am also thankful for the men of God that He has used to influence my life after my conversion; men who discipled and trained me. I couldn’t possibly list all of the people that have helped me a long the way; but let me mention one: Pastor Rick Wedemeyer who recently went home to be with the Lord was the one man that I have had a relationship with since the early days of my salvation. Pastor Rick never turned me away. Even when he was going through turbulent times himself, he always had time to encourage me, and he always helped me.

I wonder if my life will have the same impact and influence on this generation. I want to be faithful to preach Christ to my generation as Paul was to his; and I also want to be used of the Lord to help develop and mentor younger Christians. How about you? Do you desire to be a faithful ambassador for the Lord? Do you witness when given the opportunity? Do you take time to teach those that are still babes in Christ? You and I are saved because somebody else was faithful. Let’s be faithful also.

Posted in Thoughts from Acts by Phil Erickson with no comments yet.
0 0 votes
Article Rating
Subscribe
Login