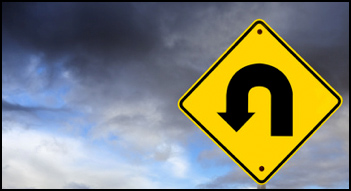 Read the “1121 Evening and Morning“ devotion for today, by the late Charles Haddon Spurgeon.

Read  previous posts from this passage – “Mentoring” & “We Need the Bible“

“And the times of this ignorance God winked at; but now commandeth all men every where to repent:” (Acts 17:30)

“Then Peter said unto them, Repent, and be baptized every one of you in the name of Jesus Christ for the remission of sins, and ye shall receive the gift of the Holy Ghost.” (Acts 2:38)

“Repent ye therefore, and be converted, that your sins may be blotted out, when the times of refreshing shall come from the presence of the Lord;” (Acts 3:19)

“The Lord is not slack concerning his promise, as some men count slackness; but is longsuffering to us-ward, not willing that any should perish, but that all should come to repentance.” (2 Peter 3:9)

This word “repent” has been the source of much dispute among Christians for as long as I can remember. On the one end there are those that say that repentance is simply a changing of one’s mind, and on the other end there are those who say that repentance is reformation, meaning a change in behavior. Many would also add that repentance involves a mourning over past actions, a sorrow for sin. I really do not think, however, that the concept of repentance is all that difficult to understand. The first thing that we need to clarify here is that we are referring to repentance as it regards salvation. Obviously the word repent, as any other word, can be, and is, used in a variety of contexts.

One dictionary defines “repent” (μετανοέω [metanoeō]) ” to think again”, or to think afterwards, like an afterthought. When I trusted Christ as my Saviour, I had to re-think all that I thought I knew about Jesus and salvation. I previously thought that salvation was somehow dependent upon my good works, but I learned that I was wrong. So repentance certainly involves a change of mind, and in a simplistic, literal sense I would wholly agree with the definition of repentance as a changing of one’s mind.

However, repentance as it regards to salvation is so much more than just a changing of mind. There also is a change of attitude about sin. Before I was saved, I didn’t think sin was such a big deal. I tended to minimize sin, instead of considering myself “exceeding sinful”. God had to bring me under conviction, which caused me to see sin more like God sees it, rather than the way I had previously viewed it. Then, when I realized my guilt and understood the penalty that I deserved for my sin there was also a change of heart, a brokenness, a humility. Unrepentant sinners tend to justify themselves. I finally saw my sin from God’s perspective, and there was guilt. Now, I must also state here that I believe it is possible to have guilt without repentance. Esau was sorry, but he did not repent. Sorrow will bring a person to the place where he can repent though. Guilt does not always lead to repentance, but repentance regarding salvation always involves guilt.

Finally, I knew that salvation would involve a change in direction. Don’t get nervous. I am not saying that I believed I had to work my way to Heaven, but I knew that saved people lived differently than unsaved people did. I knew that the direction that I was previously going was wrong, and I needed God to get me turned around. When I trusted Christ as my Saviour, he changed my direction. I have not perfectly followed His plan at all times, but my desire is to stay within His will for my life, which was not even the slightest concern before I was saved.

So here goes. I am going to give you my best definition of the word “repentance”. Repentance as it regards to salvation is a change of mind, heart, and attitude that brings about a change in direction.

Amen Pastor,A good reminder ,it brought me back to the day that I excepted Jesus as my
Savior and where I am now. Like the post.

Let the wicked forsake his way, and the unrighteous man his thoughts, and let him return unto the Lord and he will have mercy upon him.