Read the “1120 Evening and Morning“ devotion for today, by the late Charles Haddon Spurgeon.

“And there came thither certain Jews from Antioch and Iconium, who persuaded the people, and, having stoned Paul, drew him out of the city, supposing he had been dead. Howbeit, as the disciples stood round about him, he rose up, and came into the city: and the next day he departed with Barnabas to Derbe. And when they had preached the gospel to that city, and had taught many, they returned again to Lystra, and to Iconium, and Antioch,” (Acts 14:19-21)

The Apostle Paul was a unique individual. He travelled to Iconium on his first missionary journey, and received intense persecution there, almost being stoned. He escapes to Lystra where he was stoned and left for dead, and then after preaching at Derbe he returns again to both Lystra and Iconium. If you look at the map of Paul’s first journey (below) you will notice that Paul did not have to go back to Antioch, where he started out, through those cities. He went out of his way to go back to the places where he was almost killed, and where he surely faced danger again. Why would he do that? Because there were people there that he needed to help. He didn’t let fear of almost certain persecution keep him from doing what God had called him to do. That is tenacity. 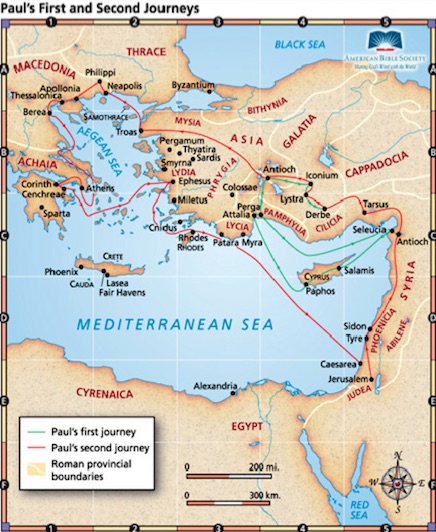