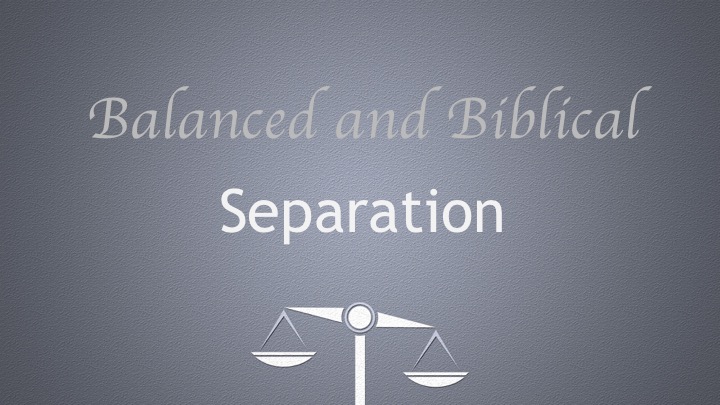 Read the “0105 Evening and Morning“ devotion for today, by the late Charles Haddon Spurgeon.

Read previous posts from this passage – “Gardens and Green Grass – or God’s Will?”; and “Relationships Are More Important Than Riches”

“And the LORD said unto Abram, after that Lot was separated from him, Lift up now thine eyes, and look from the place where thou art northward, and southward, and eastward, and westward: For all the land which thou seest, to thee will I give it, and to thy seed for ever. And I will make thy seed as the dust of the earth: so that if a man can number the dust of the earth, then shall thy seed also be numbered.” (Genesis 13:14-16)

In Genesis 13, God speaks to Abraham and promises him that He will give him the land of Canaan as well as many children who would someday inherit and inhabit that land. God had already promised to give Abraham the land back in Genesis 12, but because there was a famine in the land, Abraham temporarily moved away into Egypt and away from the place where God had pledged to bless him and his seed. It was not until Abraham separated from Egypt, which is a type, or picture, of the world; and, until Abraham separated from Lot, who was becoming a very worldly man, that God spoke to Abraham again, and reaffirmed His promise to him.

God wants us to be a separated people as well:

“Wherefore come out from among them, and be ye separate, saith the Lord, and touch not the unclean thing; and I will receive you,” (2 Corinthians 6:17)

“I beseech you therefore, brethren, by the mercies of God, that ye present your bodies a living sacrifice, holy, acceptable unto God, which is your reasonable service. And be not conformed to this world: but be ye transformed by the renewing of your mind, that ye may prove what is that good, and acceptable, and perfect, will of God.” (Romans 12:1-2)

However, notice from Genesis 13 and 14 that Abraham was very balanced in his separation. He was not unkind, nor did he lack compassion. He offered Lot and his family and servants the choice of where he wanted to go. Abraham knew that God would take care of his own family wherever they travelled as long as it was within the boundaries of God’s will. Abraham also continued to be an influence and source of blessing to Lot after Lot had left. Abraham rescued Lot from ruin in Genesis 14; and he prayed for Lot, begging God to save him  and his family from the destruction of Sodom, in Genesis 18. Though Abraham could not dwell any longer with Lot, he still tried to be a blessing to him and his family.

We can also be a blessing to people that we need to be separated from. We can pray for them, and we can let them know in tangible ways that we love them and care deeply for them. Of course, the most compassionate way that we can bless those that we separate from is to share Christ with them. If they were to get saved and begin to live for the Lord then we would not have to separate from them anymore.

Separation is clearly a biblical principle, but being arrogant, unkind, and lacking Christ-like compassion are not what God would want us to be. Christ interacted with sinners in order to demonstrate His love for them and to save them. While we are here “in the world”, we must love the people, even lost people, who are “in the world” with us. But, we must not become so intimate with them that they pull us out of the will of God. We are here on this earth to glorify the Lord and to shine the light of His gospel to a lost and dying world. We cannot do that if we are isolated, but neither can we do it if we are not biblically separated.

If people saw more Jesus in us rather than more of the world, they may come to know the Lord by opening up to the gospel. If they see more of the world, will they not think that they are ok the way they are? God help us to show others Jesus. Great blog Preacher.