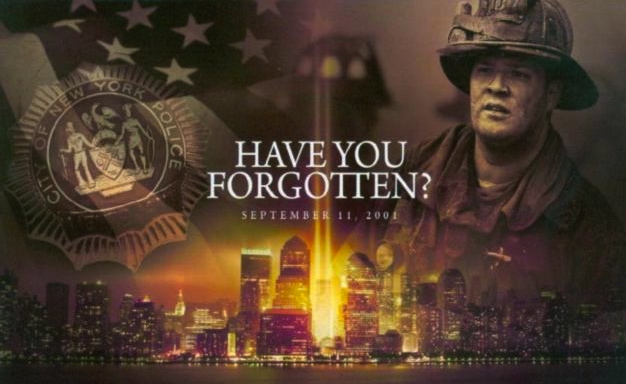 Read the “0911 Evening and Morning” devotion for today, by the late Charles Haddon Spurgeon.

19 years ago today our nation was attacked by radical Muslim terrorists filled with hatred for our culture and our freedom. I have not forgotten that day, and I am sure that all of you who read this who were alive on September 11th have not forgotten either. We remember exactly where we were and what we were doing on that day. It is my prayer that as the years go by the memory of 9/11 will remain vivid in our hearts and minds for several reasons:

1 I do not want to forget that there is an enemy out there that wants to destroy us. In this world of distraction, we go about busily living our lives almost oblivious to the fact that evil still exists in our world. Satan is still very active, and His hatred for God and God’s people has only become more intense as years have passed. His influence on people has also increased; and there are more people than ever out there who are under his influence, and are willing to do his evil bidding. As Christians, we are admonished to be alert:

“Be sober, be vigilant; because your adversary the devil, as a roaring lion, walketh about, seeking whom he may devour:” – (1 Peter 5:8)

2 I do not want to forget that there is still a cause worth fighting for. The evil that exists in the world reminds me that I must be daily in the battle, fighting the devil, and working to deliver people from his spell. The gospel of the Lord Jesus Christ is still the most powerful weapon in our arsenal against the wiles of the devil. The more people that we can reach with the message of salvation, the less people Satan will have to do his bidding. Evil cannot be removed by more evil. It can only be eradicated through the love of Christ.

“For the law of the Spirit of life in Christ Jesus hath made me free from the law of sin and death.” – (Romans 8:2)

“Stand fast therefore in the liberty wherewith Christ hath made us free, and be not entangled again with the yoke of bondage.” – (Galatians 5:1)

Jesus died to give us liberty, and there are many still today who are willing to lay down there life for the same cause. The men and woman who are fighting today are fighting for our liberty and freedom. The men and women who were murdered by the terrorists nineteen years ago were murdered because the concept of liberty and freedom was under attack.

The greatest demonstration of love is sacrifice. Jesus commended His love for us by dying on the cross for our sins. Parents show their love for their children by what they sacrifice for them. The men and women that went into those buildings in order to save lives were putting their lives on the line for other people. The men and women that fight for our freedom today are putting their lives in jeopardy for the cause of our liberty. They are sacrificing their own liberty in order to help us keep ours.