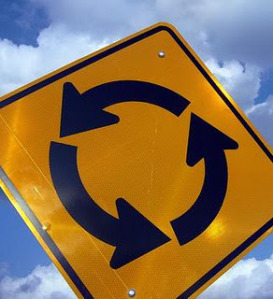 Read the “0529 Evening and Morning” devotion for today, by the late Charles Haddon Spurgeon

“And after all that is come upon us for our evil deeds, and for our great trespass, seeing that thou our God hast punished us less than our iniquities deserve, and hast given us such deliverance as this; Should we again break thy commandments, and join in affinity with the people of these abominations? wouldest not thou be angry with us till thou hadst consumed us, so that there should be no remnant nor escaping? O LORD God of Israel, thou art righteous: for we remain yet escaped, as it is this day: behold, we are before thee in our trespasses: for we cannot stand before thee because of this.” – (Ezra 9:13-15)

In our Scripture passage in the Book of Ezra today, we see the people of God returning to Jerusalem from the bondage of captivity. The reason that they were taken into captivity in the first place is because they had forsaken the Lord by serving other gods, and by ignoring the principles contained in the Law. However, God in His mercy, did not forsake them, and gave them a new opportunity to re-establish themselves in the land of Israel. One of the leaders of the returning remnant was Ezra, the man who penned this book. He was a priest, and a very good man, and he was very concerned that the people would repeat their errors of the past. Notice what Ezra did before making the trip back to Jerusalem:

“Then I proclaimed a fast there, at the river of Ahava, that we might afflict ourselves before our God, to seek of him a right way for us, and for our little ones, and for all our substance.” – (Ezra 8:21)

This man, and many others of the people of Israel, wanted to please God, and they desperately desired God’s blessing on this renewed nation.

However, when we get to chapter nine we discover that some of the people had begun to make some serious errors in judgment again, as their fathers did before they went captivity. Notice the first two verses of chapter nine:

“Now when these things were done, the princes came to me, saying, The people of Israel, and the priests, and the Levites, have not separated themselves from the people of the lands, doing according to their abominations, even of the Canaanites, the Hittites, the Perizzites, the Jebusites, the Ammonites, the Moabites, the Egyptians, and the Amorites. For they have taken of their daughters for themselves, and for their sons: so that the holy seed have mingled themselves with the people of those lands: yea, the hand of the princes and rulers hath been chief in this trespass.” – (Ezra 9:1-2)

Some of the leaders of the people had taken the first step toward the idolatry that their ancestors were guilty of by marrying some of the non-Jewish women that dwelt in the land. God knew that if these men married these women, soon they would be worshipping the gods of the women, and tolerating some of the ungodly practices of the culture that the women came from. God demanded that His people live separately from the people of the land. God demands the same from us today. Consider the following New Testament verses:

“And be not conformed to this world: but be ye transformed by the renewing of your mind, that ye may prove what is that good, and acceptable, and perfect, will of God.” – (Romans 12:2)

“Wherefore come out from among them, and be ye separate, saith the Lord, and touch not the unclean thing; and I will receive you,” – (2 Corinthians 6:17)

There are so many more verses that we can look at, yet the principle of separation is pretty much an ignored doctrine to many of our New Testament churches. There has never been a more worldly group of believers since the time of Christ. Someone once said that the church follows the world by about ten years, or so. I am not sure if that is true or not, but I do know that there is not a whole lot of difference between the lifestyles of the unbelievers today and the lifestyles of Christians. This passage of Scripture from Ezra is a great picture of what is happening today. The people of Israel were placed in captivity and bondage because of their sin, but were then given a second chance; yet they chose to do the same things that got them into trouble in the first place. We who are saved have also been delivered from the bondage of sin, yet we keep choosing to go back to the sinful things and worldly lifestyles that we were delivered from. Shame on us!

Well, what should we do? It would probably be a good idea to do what Ezra did. A careful reading of chapter nine will reveal that Ezra first repented on behalf of the people when he realized the problem. He then went to God, and poured out his heart to Him; and then he went to the people, and poured out his heart to them. The good news is that the people repented too, and got right with the Lord before He would have to send judgment again. I hope that we will do the same thing.

Posted in Thoughts from Ezra by Phil Erickson with 2 comments.