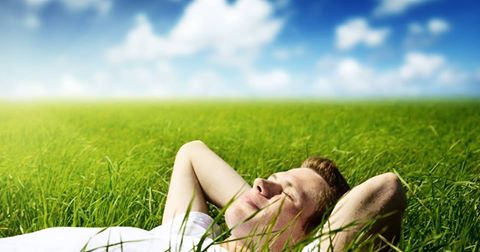 Read the “0525 Evening and Morning” devotion for today, by the late Charles Haddon Spurgeon

“And when he was in affliction, he besought the LORD his God, and humbled himself greatly before the God of his fathers, And prayed unto him: and he was intreated of him, and heard his supplication, and brought him again to Jerusalem into his kingdom. Then Manasseh knew that the LORD he was God.” – (2 Chronicles 33:12 & 13)

In our passage today we see a beautiful picture of the grace of God. The theologians degine “grace” as an unmerited or undeserved favor. In chapter 33, we have the account of King Manasseh who was arguably the most wicked king that the southern kingdom of Judah ever had. He had undone many of the wonderful things that his father, Hezekiah, had done for the nation. Manasseh was into witchcraft, and even made two of his sons “pass through the fire”, which means he sacrificed them. Manasseh was a bad dude, as bad as they get.

In verse 10, the Scripture tells us that God “spake” to Manasseh, but he didn’t listen. God then came in and judged Manasseh by sending in the armies of the Assyrians. Now that got Manasseh’s attention, and he was ready to listen to God. The Scripture says he “besought” the Lord in his affliction. Manasseh was truly a “new creature” after this moment, and he dedicated the rest of his life to serving the Lord. Unfortunately, he did not live long enough to undo all of the evil that he had committed before he was redeemed, and even though he finished well, he still has the reputation of being a wicked king.

The first thing that I would like to point out from this passage is that God saves bad people. It is hard for us to fathom the salvation of a man like Manasseh, but God has been in the business of saving wicked men and women for a long time. By the way, it is kind of arrogant on our part to decide who “deserves” salvation. None of us deserves to be saved. We are all sinners, and are all capable of all of the depravity that we have seen in the life of Manasseh. The amazing thing is not that God would save someone like Manasseh, but rather that he would save any of us.

The second thought I would like to pull from this passage is that God had to bring Manasseh down, before he could get his attention. I have often prayed for specific lost people that I know, and I have noticed that God will often allow tragedy to come to their lives in order to get their attention. People who are on top of the world, tend not to take notice of God; but let them go through a severe trial, and they will often re-think things. Though I do not enjoy watching people suffer, I know that the affliction that they may be experiencing today may be the very thing that causes them to turn to the Lord.

The third thought from the passage is that even though it is a wonderful thing that God’s grace reached Manasseh, and that He was saved before it was eternally too late; he still did a lot of bad things in his lifetime. I’ll bet he wished that he could go back and re-do some things. But once our time is up, it is up. Manasseh had an appointment with death, and when that appointment came, there was no more time to get things right. We all need to redeem the time, because our time is running out as well.

“But we see Jesus, who was made a little lower than the angels for the suffering of death, crowned with glory and honour; that he by the grace of God should taste death for every man.” – (Hebrews 2:9)

Thank you Lord for saving a sinner like me!

Thank you for the reminder Pastor. God is continuously merciful. We have a limited amount of time to glorify Him here on earth. I pray that the rest of my days are spent well.

Amen Pastor.I thank the Lord for not passing me
by.

Amen Pastor.We as Christians need to remember that with most of us that someone took the time to share the Gospel with us.And we need to do the same for this dying world.What is so hard about handing someone a track either they except it or they don’t.When I was 31 years old someone took the time to invite me to Church,I was reluctant to go but I did and Jane and I both walk the aisle together and received Jesus as our savior.So no matter how bad a person is or good they need Christ.like the post.