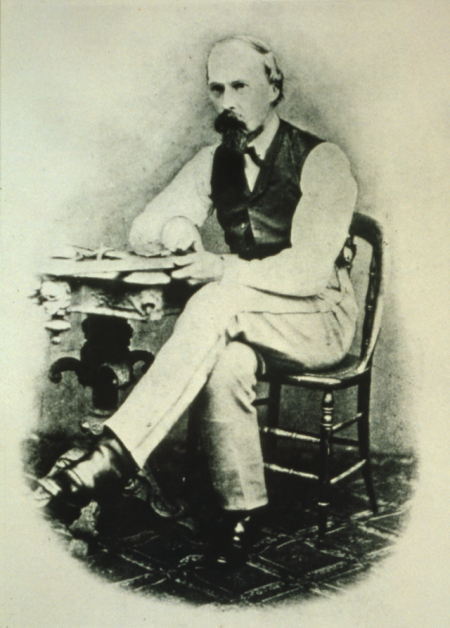 Read the “0505 Evening and Morning” devotion for today, by the late Charles Haddon Spurgeon

“And the sons of Carmi; Achar, the troubler of Israel, who transgressed in the thing accursed.” (1 Chronicles 2:7 )

I must be completely honest with you and tell you that it was a little bit challenging finding a thought to write about from today’s portion of Scripture. The first few chapters of 1 Chronicles contain some very necessary information regarding the genealogical record of Israel. Though this information is important, it can also be very tedious to wade through; but we must not skip over passages of Scripture such as these. If you are searching for a nugget of truth, God will always get one to you, even in passages like this. So hang in there. By the way, eventually 1 Chronicles will become a very exciting book to read.

My thought this morning comes from chapter 2 and verse 7. In the middle of the genealogical record, there is a comment made about one of the listed men, Achar. He is called here “the troubler of Israel”. The story behind this man can be found in Johsua 7. He is called Achan there; and we find that he is the man that stole some gold and silver and a “goodly Babylonish garment” from the city of Jericho during Israel’s invasion of that city. The problem was that God told the Israelites that they were not supposed to touch anything in that city, but Achan could not resist. As a result, God’s judgment fell upon the whole nation of Israel, and they lost the next military battle with many innocent men being killed in the battle. Later, when Achan’s sin was discovered, he and his family were all put to death. The bottom line to this whole story is that Achan was probably a good man who yielded to a temptation, and the result was death and sorrow for a lot of people, and a reputation that will follow him for all eternity. His name will forever be “Mud”.

I want to challenge all of us to consider for a moment our own reputation, and the affect that our reputation will have on our family members. I understand that none of us is without sin, and I am not trying to rub salt on old wounds; but I am trying to get us to carefully consider the affect that some future sin will have on our reputations. When people here your name in the future what will they say about you? Will they say that you were a moral, honest, hard-working individual; or will there be negative thoughts that surround your reputation? By the way, if your reputation is less than perfect today, you still have time to change it.

Interesting side note on the expression “his name is mud”. It seems to have become popular as a result of a doctor named Samuel Mudd (pictured above) who treated and helped John Wilkes Booth after he broke his leg jumping down from the balcony in the Ford’s Theater, after his assassination of President Lincoln. Mudd was convicted and sentenced to life in prison, though he was later parolled by President Andrew Johnson.