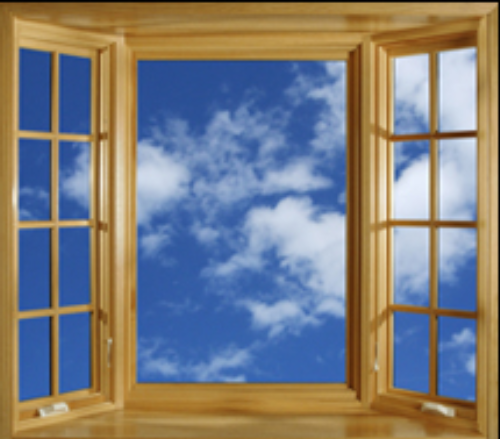 Read the “0428 Evening and Morning” devotion for today, by the late Charles Haddon Spurgeon

“Then a lord on whose hand the king leaned answered the man of God, and said, Behold, if the LORD would make windows in heaven, might this thing be? And he said, Behold, thou shalt see it with thine eyes, but shalt not eat thereof.” (2 Kings 7:2)

In today’s passage we see the the city of Samaria surrounded by an overwhelming army of the Syrians. This massive host from Syria had the city surrounded for some time, which caused the Israelites to run completely out of food on the inside of the city; with no way to get out to get more food. Things got so bad the people were actually buying and selling dove’s dung to eat. Some had even killed and ate children. Pretty hopeless situation.

Along comes the man of God and tells them that at the same time the next day the situation would be reversed, so much so that food that was very expensive the previous day would be sold for next to nothing on the next day. But one of the lords (princes) of Israel doubted the Word of God through the mouth of the prophet, and stated basically that this is impossible, even if God were to open the windows of heaven.

You can read the story for yourself, but God did exactly what he said he would do. The Syrians heard the sound of chariots, and assumed that their enemies from Egypt or maybe the Hittites were coming to help Israel by attacking them. They flee, leaving all of their food and goods behind. Israel discovers that the Syrians have left, and they come out of the city and spoil the camp of the Syrians.

It looks like God truly opened up the windows of heaven. We have a promise from the word of God regarding those same windows in heaven:

“Bring ye all the tithes into the storehouse, that there may be meat in mine house, and prove me now herewith, saith the LORD of hosts, if I will not open you the windows of heaven, and pour you out a blessing, that there shall not be room enough to receive it.” (Malachi 3:10)

God has promised us that if we will keep him first in our lives that he will keep those windows open. He doesn’t promise that we will all live in mansions on this earth and eat caviar; but praise the Lord, we won’t have to eat dove’s dung either.

God is sooo good to us. He takes care of all our needs. He will make a way where there seems to be no way.

Amen Pastor. God has blessed Jane and I beyond what we deserved.We had a many of hard years in the past and especially when the children started coming.But God always made a way for us, one particular time we had no money to buy gifts for our children at Christmas, the bottom fell out in construction there was no work.There was a knock on our door it was our Pastor from a Church we were going to, He gave us a envelope with a very large some of money from a anonymous person from our Church.There was as stipulation the Pastor said that we spend it on Christmas only. When you have your back up against the wall. God will find away. Like the post.