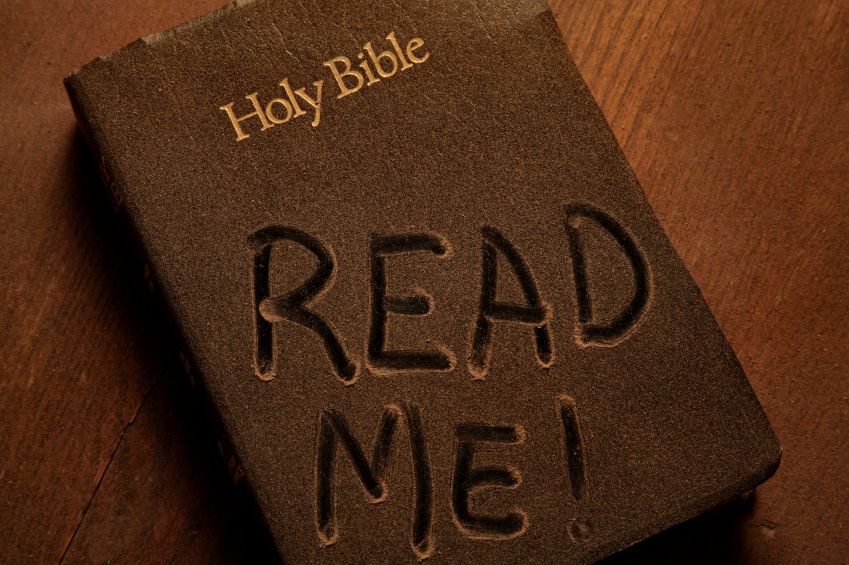 Read the “0919 Evening and Morning“ devotion for today, by the late Charles Haddon Spurgeon.

“Hear the word of the LORD, ye children of Israel: for the LORD hath a controversy with the inhabitants of the land, because there is no truth, nor mercy, nor knowledge of God in the land… My people are destroyed for lack of knowledge: because thou hast rejected knowledge, I will also reject thee, that thou shalt be no priest to me: seeing thou hast forgotten the law of thy God, I will also forget thy children.” (Hosea 4:1 & 6)

I remember recently looking at a textbook from back at the turn of the last century. I think it was called a “primer” and it was used for teaching in public schools all over America. It is full of references to God and direct quotes from the Bible. It didn’t matter what the subject was, the writers of the curriculum made sure that while the students learned academics they also learned about God. When I was a child, we used to observe a “moment of silence”, which was our opportunity to pray at the beginning of the school day. When my dad and mom were young, the teachers in the classroom actually prayed to God aloud, and also recited the Ten Commandments, etc. in the public school. America was filled with the knowledge of God in years past. They say that the average lost man, 100 years ago, knew more Bible than a Bible college student does today. I don’t think that is far from being true. We have become a secular society with all of the humanistic principles and philosophies that go along with it. We no longer look to God for solutions: we look to the government or the prominent secular authority.

In Hosea’s day it was much the same way. The land of Israel was founded on Biblical principles, yet the people became increasingly enamored with the counsel and culture of the ungodly. God said that the people were destroyed because of this lack of knowledge. The question in my mind, though, is where to place the blame. Was it God’s fault? No. Was it the people’s fault? That is a good question. I mean, the people obviously had lost their appetite for spiritual things: they did not want to “hear it” anymore. It’s hard to deliver truth to people who don’t want to listen anymore. However, I would place the blame at the feet of God’s ministers. They seemed to have gotten tired of going against the popular trends of their day; and chose to acquiesce to it rather than preach against it. So, truth stop being delivered, and the people got worse.

This sure reminds me of the current religious climate in America. Preachers want to please the people. Who doesn’t want to be liked? The problem is that in pleasing the people they often compromise the truth. Most churches in America today are only delivering a small fraction of the truth that they once delivered. For example: how many churches have shut down their Sunday School programs; Sunday Evening services; and mid-week Prayer Meetings? How many messages have been cut back to a palatable 20 minutes; and how many of those 20 minute messages have more than a reference or two to Scripture. God commands His preachers to preach the Word “in season (when it’s popular) and out of season”. It really does not matter if the culture wants it or not, we are to flood our communities with the truth of God’s Word. Our nation is starving for the Word of God; and, unfortunately, so are many of our church members. We need to get back to preaching and teaching the truth in our schools and in our churches and in our homes. We need also to get back to flooding our communities with the gospel of the Lord Jesus Christ, so that the people won’t be “destroyed for lack of knowledge”

Amen Pastor.True words spoken.I to remember when I went to school and my teachers read the Bible.But as time past on it started to fade away and just became a memory.

Amen Pastor. I have said it before and I’ll say it again this world is not my home. If you think it’s going to get better think again ,the way our nation is going it’s not. satan is working overtime.Our nation is going in the way of Sodom and Gomorrah Israel and Judah ,their destruction came when they completely turned away from God .Our nation is like a runaway train going off the Grand Canyon.I truly believe that God is holding back His wrath because of the Bible believing Churches and Preachers and Missionaries that are trying to reach the world with the Gospel of our lord Jesus Christ.like the post.