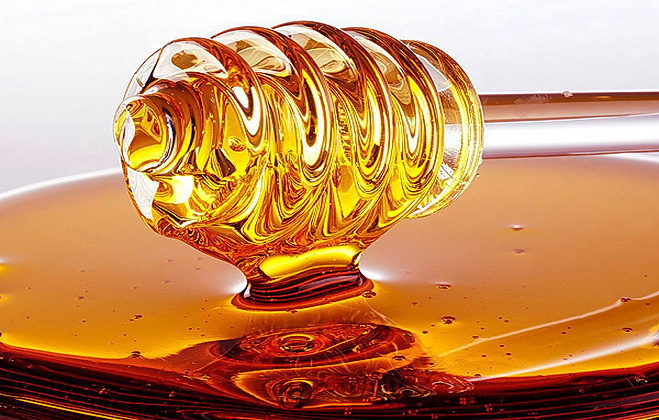 Read the “0401 Evening and Morning” devotion for today, by the late Charles Haddon Spurgeon.

“Then said Jonathan, My father hath troubled the land: see, I pray you, how mine eyes have been enlightened, because I tasted a little of this honey.” – (1 Samuel 14:29)

“The fear of the LORD is clean, enduring for ever: the judgments of the LORD are true and righteous altogether. More to be desired are they than gold, yea, than much fine gold: sweeter also than honey and the honeycomb.” – (Psalm 19:9-10)

In chapter 14 of 1 Samuel we see a great victory for Israel against their enemies, the Philistines. It all started when Saul’s son, Jonathan, and his armour bearer decide that they are going to trust God to bring a great victory. This is a very similar situation to the account of David and Goliath. Here, the massive army of the Philistines is encamped near the much smaller army of Israel. Saul, Israel’s king, is not really taking any action; so Jonathon decides to do something. Him and his armourbearer go up to where the Philistines are, and God goes with them, and gives them a great victory. This starts a chain reaction where the Philistines start running for their lives, and even fighting each other. Saul is watching this from a great distance, and is not sure what is happening, but soon realizes that his enemy is leaving. Now he decides to get involved. The rest of the people of Israel, along with Saul, join the chase, and attempt to kill all of the Philistines before they completely escape out of Israel. Saul then does something dumb. He tells all of his people that they are not to eat anything until the battle is completely over.  Anybody who violates this command will be put to death. The people don’t eat, but Jonathon does. He come upon a little honey in the woods as he is chasing the Philistine army, and he eats it. Now Jonathon did not know about Saul’s order. However, the Bible says that his “eyes were enlightened”.  By the way, if the rest of Israel was allowed to have a little of that honey, they would have had a lot more energy to continue in the battle. In fact, they are so famished that when it does come time to eat, they don’t even cook their meat; they eat it raw, which was forbidden by God.

There is a wonderful picture here regarding the honey. The honey is a picture of the Word of God. Notice the other verses above that compare honey to the Word. As Christians, we are supposed to be in a battle; and we need to recharge our spiritually batteries often throughout the battle. We need to take time to open the Bible, and allow God’s Word to “enlighten our eyes”,  giving us the wisdom and strength that we need to face the battles that will come our way. Have you eaten your honey today? Don’t let the Saul’s of this world keep you from tasting the sweet Word of God.

By the way, have you noticed that Saul has a rather insecure and obsessive personality. Why would he come up with such a rule anyway. He wants total control over the people. He didn’t want their eyes to be enlightened. Religion can be like that today. They frown upon the people tasting of the heavenly honey themselves, because they want to control completely what spiritual nutrition the people receive.

Amen thank you for this post.A good reminder
To put on Christ every morning when we get up.We will face many battles as christians every day big or small.