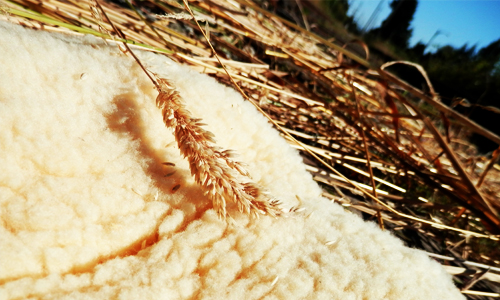 Read the “0321 Evening and Morning” devotion for today, by the late Charles Haddon Spurgeon.

Three times in Judges 6, Gideon asks the Lord for a sign of some sort in order to assure him that it was, in fact, God that was speaking to him. The first time occurs when the angel of the Lord first appears to him in verse 17. Here he wants to be sure that it is the Lord. Maybe he was afraid that he was hallucinating, or perhaps being tricked. The Lord proves Himself to Gideon by consuming the kid and the bread upon the rock with fire.

I have often heard people say that Gideon was not acting in faith because he kept asking for some sort of a sign. However, we must remember that God had not recorded in His word at this point anything about Gideon’s situation. Had God written through Moses or a prophet that there would be a man named Gideon that would deliver the children of Israel from the hand of the Mideonites, there might be a reason to accuse Gideon of lacking faith; but this was totally unpredicted, and unprecedented. I don’t blame Gideon for wanting to be sure that He was doing the will of God.

Today, we certainly are to walk by faith and not by sight. Most of what God calls us to do is clearly revealed in His Bible; but every once in a while, He reveals His will to us personally through extraordinary means. This does not happen very often, but it does happen. I have been saved for twenty-five years, and I can only point to a few times where I put forth a “fleece” in order to determine God’s will. I will share one of these incidents with you. When I was in my senior year of Bible college, I was very burdened about what I was going to do after I graduated. There were a few opportunities offered to me in various places and capacities; but I wanted to be sure that I was completely following the will of God. In my heart, I wanted to come back home to New Jersey, but I was not sure that my heart was lining up with God’s will. I began to pray. I decided one day to call up Pastor Charlie Clark who pastored in south Jersey, in order to get some advice from him. I told him that I was praying about coming back to New Jersey to start a church, or work for a church. He recommended that I head back to New Jersey upon graduation, and we would begin to pray and work toward the planting of a church. I was very excited about that prospect, but God had a slightly different plan. You see, as God was working in my heart about coming to New Jersey – unknown to me – He was also working in another pastor’s heart about moving away from New Jersey. Just a few minutes after I got off the phone with Pastor Clark, He received another phone call from Pastor Dan Owens. Brother Owens was the man who started Jersey Shore Baptist Church. The Lord was leading him to go back into the military as a chaplain, but he wanted to make sure that he left his church in good hands. So Brother Owens called Pastor Clark in order to see if He knew of any pastor that was praying about coming to New Jersey. “Coincidentally”, Pastor Clark did know of someone. Pastor Clark has since shared with me that he has had very few phone calls through the years regarding people either looking for a church, or looking to leave a church; and to get two such calls within minutes of each other was definitely a “sign” that this was of God.

I am not saying that we should be tempting God, or asking God to prove Himself to us. If we are His children, we have already placed our faith in Him, and in His revealed will through the Word of God. I am saying, though, that it is OK to ask God to clearly reveal His perfect will for your life. If your like me, you want to be sure that you are doing exactly what God wants you to do. There are a lot of big decisions to make in life, and they are not all completely covered in the Bible. For instance: Who are you going to marry? Where you are going to live? What will be your life’s vocation? Where will you go to college?  These are all important questions, and you want to be sure you are in the perfect will of God. I don’t think you are wrong to ask God to miraculously reveal His will to you personally, as He did to Gideon in our reading today.

Posted in Thoughts from Judges by Phil Erickson with no comments yet.