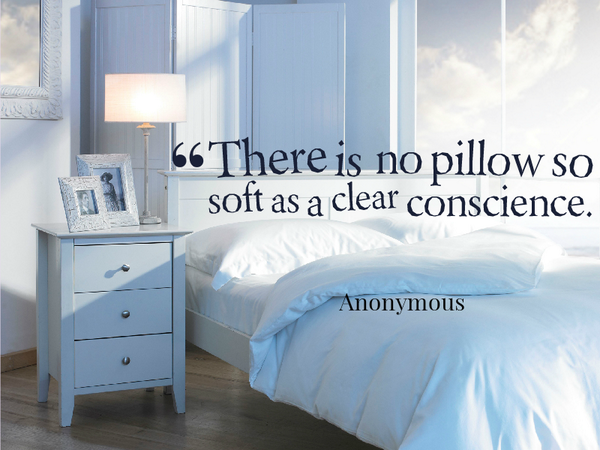 Read a previous post from this passage – “What Are You Waiting For?“

“And herein do I exercise myself, to have always a conscience void of offence toward God, and toward men.” – (Acts 24:16)

In our passage today, we see the great Apostle Paul standing before Governor Felix. The official accusation that was laid against him was by the religious leaders was that he was a “mover of sedition”, and that he “profane[d] the temple”. (Acts 24:3 & 4) The real beef that the nation of Israel had against Paul was that he was a follower of the Lord Jesus Christ, and that he taught that Jesus Christ was risen from the dead. Paul did not try to hide his faith in Christ and the resurrection. He boldly declared that Jesus Christ was the true Messiah, was God in the flesh, and that He had, in fact, risen from the dead. However, though Paul was bold in his conviction and preaching regarding the message of Christ, he was not guilty of what he was being accused of. He stated that he strove (exercised) to always have a conscience void of offence toward God, and toward men.

Paul had a clear conscience. He loved the nation of Israel, and he wanted more than anything to see them come to faith in Christ. He preached the message of salvation boldly, which was exactly what God had called him to do. His first concern was to obey God. However, sometimes in obeying God, we will offend men; but we ought not go out of our way to be an offence to men. The message of a resurrected Christ was what offended the Jews. Though Paul did nothing to hurt the Jews, his message was nevertheless offensive to them.

God has called us to be light and salt to this world. We will offend God if we refrain from what he has called us to be. This world is getting more and more offended by Christians who are living in obedience to God’s call, but we must not let that stop us from telling them what they need to hear. If I have to choose between offending men and offending God, I must choose to offend men. However, it is not my desire to hurt men. I love people, and I will work hard (exercise myself) to be as loving and non-offensive to them as possible, but there will be times when my life and my message as a Christian will offend them. However, even when the world gets offended, I can still pillow my head with a clear conscience knowing that I did what God has told me to do.

Amen Pastor. The ways of man are the ways unto death.But the problem of man is they do not understand the reality of death and the consequences that follow. They live for today and not knowing what tomorrow might bring.But as Christians we can face tomorrow and that at anytime when we are called home we will be in the everlasting arms of our lord and Savior Jesus Christ.But in the meantime we need to be a witness to this dying world.like the post