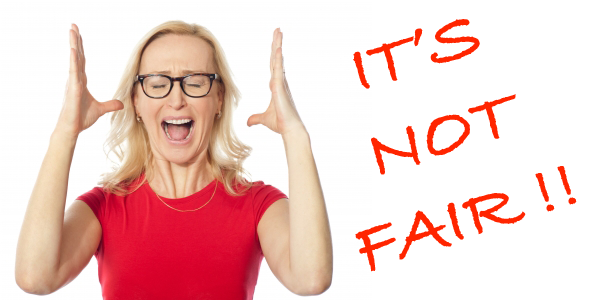 In the passage referenced above we have the story of the man that hired a number of laborers to work in his vineyard. He started hiring first thing in the morning and promised those early workers a penny for their toil. Throughout the day he would find more people who were idle, and he offered them “what is right” in exchange for their labor. When the day was finished and it was time to pay the workers, each man, regardless of the length of time they labored, received a penny. The men who were hired early in the morning worked longer hours yet received the same wage. They complain that the man who hired them was unfair, but he reminded them that they received exactly what they agreed to work for; and that he had the right to pay anybody else whatever he chose to pay them.

The primary interpretation of this verse, I guess, would involve Israel. They are probably a little envious of the church who is a late arrival to the service of God. After all the Jews have had a long relationship with him, and who did these Gentiles think they were coming in and claiming that they have a claim to Heaven. I believe we could also see this attitude among those in the church. Let’s say for example that a man grows up in a Christian home and is saved at an early age. He goes to the same Heaven that another man would go to who trusted Christ on his deathbed.

The thought that grabbed my attention this morning, however, as I read was that we often think God to be unfair because He deals with us uniquely, and it seems sometimes that he treats others better than He treats us. There are two things that we can learn from this passage. The first is that God will always do what He says He will do; and secondly He will always do that which is right. So for us to become envious about how God blesses others, or uses others is to say that God is making mistakes, or is acting like men.

Sometimes as a pastor, I see the way God is blessing other ministries. It seems that some churches and pastors just have victory after victory. Sometimes I want to cry, “unfair!”  But I need to remind myself of a couple of things that I am sure of:

1  God loves me just as much as He loves anybody else.

2  God will fulfill every promise and principle in my life, family, and ministry just as He will with anybody else.

3  God has a unique plan and purpose for my life and ministry, which is different from His plan for others.

4  I may not have had the same upbringing, training, and equipping that others have had. I just need to be faithful to do the best I can with the training that I have received; and I need to learn and grow as much as I can so that I can be more effective in ministry.

5  My vantage point of others in the ministry is limited. I can only see a small part of the picture. Even though it may seem that there are no burdens or problems at the other ministry, I know that there are. That pastor in the large ministry is probably paying a much larger price than I am paying.

In John’s gospel there is an interesting story that took place after the resurrection where Jesus is restoring a very discouraged Peter. Peter had denied the Lord prior to the crucifixion. Here Jesus tells peter to “feed His lambs”. Peter, however, was not satisfied with just being restored to the ministry: he wanted the top post. He asked the Lord (referring to John), “and what shall this man do”. Jesus replied, “what is that to thee?”. The Lord basically told Peter to mind his own business. God had a purpose and plan for Peter, and He also had one for John. He has a plan for me and you too. I don’t need to worry about what God is doing with you, and you don’t need to worry about what God is doing with me. We both just need to be faithful.

Posted in Thoughts from Matthew by Phil Erickson with no comments yet.
0 0 votes
Article Rating
Subscribe
Login