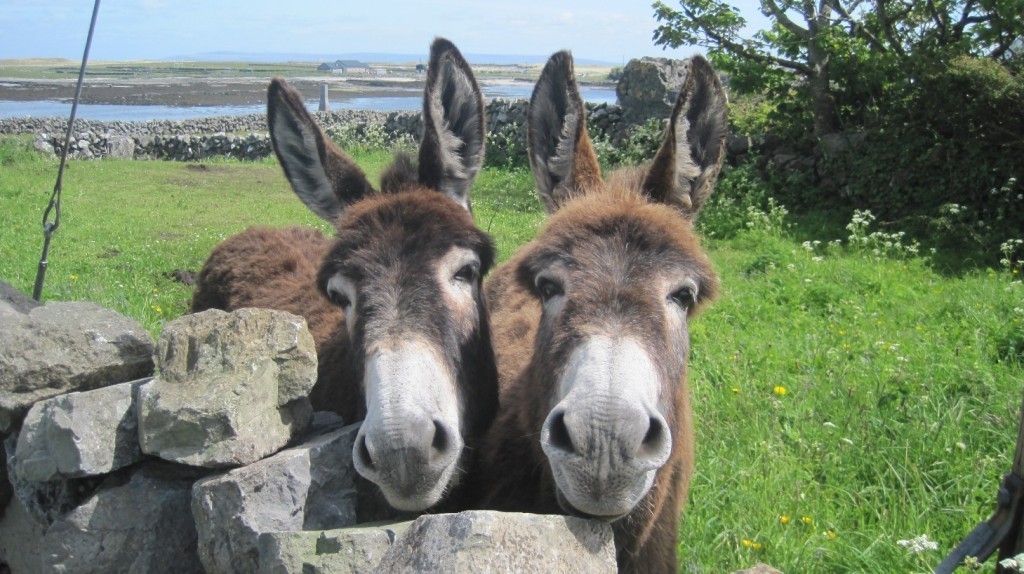 Read the “0223 Evening and Morning“ devotion for today, by the late Charles Haddon Spurgeon.

“And God said unto Balaam, Thou shalt not go with them; thou shalt not curse the people: for they are blessed.” (Numbers 22:12)

“And the LORD opened the mouth of the ass, and she said unto Balaam, What have I done unto thee, that thou hast smitten me these three times?” – (Numbers 22:28)

“Which have forsaken the right way, and are gone astray, following the way of Balaam the son of Bosor, who loved the wages of unrighteousness; But was rebuked for his iniquity: the dumb ass speaking with man’s voice forbad the madness of the prophet.” – (2 Peter 2:15 – 16)

“Woe unto them! for they have gone in the way of Cain, and ran greedily after the error of Balaam for reward, and perished in the gainsaying of Core.” – (Jude 1:11)

Chapter 22 of the Book of Numbers presents a very interesting and familiar story of a mule that was given by God the ability to speak audibly to her owner, Balaam. If you haven’t done so already, I encourage you to carefully read the passage in order to get the most out of what I am about to say. Besides, what God says in His Word is far more important that what I will say in this blog, so don’t skip the reading.

Anyway, in this passage we have the prophet Balaam, who is living in the land of the Moabites. Why he lived there and not with the people of God is a mystery. The king of the Moabites is watching very closely the nation of Israel as they are sojourning very close to his border. He wants them out, so he goes to the man of God and asks him to place a curse upon Israel. He doesn’t go himself, however, he sends some of his princes to do his bidding. After hearing their request, Balaam inquires of the Lord, and the Lord tells him not to go with these men, and not to speak anything against Israel because they are a nation blessed by God. Balaam the prophet goes to the men and gives them God’s answer. The men return a short while later and press him to reconsider. Now this is where Balaam begins to err. He already asked God, and God had already said no; but the princes promise him if that he would go with him, their king would give him great honor and a lot of money. Now, he should have just repeated what God had already told him; but instead he tells them that he will go back and ask God again. He wanted God to give him what he had already been told that he wasn’t going to get. Balaam’s problem is that he really wants God to curse the Israelites, because it would mean that he would receive great riches from this Moabite king. God is not at all pleased with Balaam, but he allows him to go. He permits him to do what is in his heart. He was not permitted to curse Israel, but he was permitted to cozy up with the enemies of Israel, and receive the rewards that came with it. So, I ask you the question: which one was the real jackass?

This is not the only time in the Bible that God has permitted things that were against His will. He gave Israel a king because they kept asking for one, even though He knew that it wasn’t what was best for them. Notice another example of God granting the continual request of a complaining people when the Israelites complained to God as they wandered in the wilderness:

“They soon forgat his works; they waited not for his counsel: But lusted exceedingly in the wilderness, and tempted God in the desert. And he gave them their request; but sent leanness into their soul.” (Psalm 106:13-15)

I know many people today who keep asking God for things that are clearly against His will. Why don’t we just take “no” for an answer. God knows what is best for us. Don’t keep pestering him to give you what He has already closed the door on. Too many Christians are practically breaking doors down that God has chosen to keep closed.

Posted in Thoughts from Numbers by Phil Erickson with 2 comments.