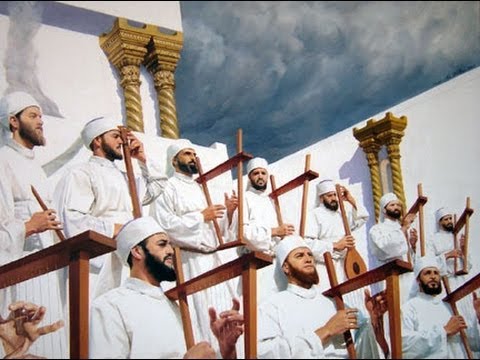 Read the “0507 Evening and Morning” devotion for today, by the late Charles Haddon Spurgeon

“Now these are their dwelling places throughout their castles in their coasts, of the sons of Aaron, of the families of the Kohathites: for theirs was the lot. And they gave them Hebron in the land of Judah, and the suburbs thereof round about it.” – (1 Chronicles 6:54-55)

In 1 Chronicles, chapter six, we have the genealogy, and the land distribution of the families of the Levites. Remember, the Levites were the folks ordained by God to minister for Him in the Tabernacle, and they were not given their own portion of land like the rest of the 11 tribes were. According to this chapter the Levitical families were given cities within the borders of each of the other tribes. This was no small number of cities either: they were given literally dozens of cities to live in. I often wondered why God didn’t just give them a region surrounding the place where the tabernacle (and later the temple) would rest. It would seem that it would be more convenient to live near where they primarily ministered. Perhaps the reason God set it up this way was because that the needs of the Levites were to be met by the other tribes. The other tribes supplied them with their food and other needs, and it was certainly more convenient for them to have some of the Levites nearby. Apparently the families of the Levites did not all have to report to the tabernacle every day, because the distance that some of them would have to travel would render that impossible. They must have taken turns travelling to the tabernacle to serve the Lord. It is also evident that the tabernacle was not in Jerusalem early on. The tabernacle started out in Gilgal, then was moved to Shiloh, and then to Nob. It was finally placed in Jerusalem by David; and then was replaced by Solomon’s Temple.

This portion of Scripture gives us a more accurate picture of what reality was for these servants of God. I always thought that the entire ministry team for the tabernacle was perhaps a few dozen people who all lived right outside the entrance. I never realized that it was a huge number of people (perhaps several hundred thousand). Think of the logistics of organizing this team of workers. Think of the planning required to make sure that all of their physical needs were met.

As our church grows in number, we will also have to expand our ability to administrate all of the people and logistics required to facilitate that growth. God will have to give us wisdom as to how to best accomplish this. However, we must be prepared to change the way we do things. Growth is a natural part of life. We are expected to grow; but along with numerical growth will also have to be an expansion of ability and administration so that the needs of the increasing numbers of people can be met. You can help, by asking God what he would have you do to help in this awesome task. I believe the reason that many churches stop growing is not because they are off in doctrine; not because they don’t love the Lord, or His people; but simply because they never expand their abilities in order to administrate a larger work. They are trying to run a large church in the same way they did when the church was small. Don’t misunderstand, many things should stay exactly the same; but unfortunately many things will by necessity have to change.