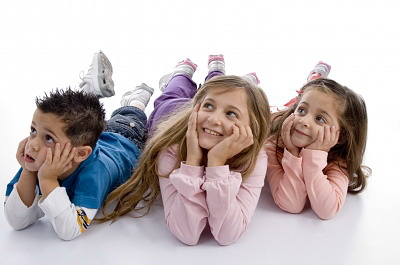 Read the “0807 Evening and Morning” devotion for today, by the late Charles Haddon Spurgeon.

“Then said Isaiah to Hezekiah, Hear the word of the LORD of hosts: Behold, the days come, that all that is in thine house, and that which thy fathers have laid up in store until this day, shall be carried to Babylon: nothing shall be left, saith the LORD. And of thy sons that shall issue from thee, which thou shalt beget, shall they take away; and they shall be eunuchs in the palace of the king of Babylon. Then said Hezekiah to Isaiah, Good is the word of the LORD which thou hast spoken. He said moreover, For there shall be peace and truth in my days.” (Isaiah 39:5-8)

I think that the last verse of Isaiah 39 is one of the saddest verses in the Bible. King Hezekiah, who was one of the best kings that Israel ever had, makes a statement here that is extremely selfish. He is told by Isaiah that because he had opened up his kingdom and welcomed the Babylonian messengers that someday Babylon would come back and take away all that Hezekiah’s family owned, and would also take his family members into captivity. We know that this prophecy was literally fulfilled in 586 BC when Nebuchadnezzar, king of Babylon, came down and destroyed Jerusalem, and had carried nearly the entire population back with them into Babylon.

Notice, however, what Hezekiah said when he got the news: “Good is the word of the LORD which thou hast spoken. He said moreover, For there shall be peace and truth in my days.” Hezekiah was OK with the news that his children would be destroyed, as long as no destruction came while he was still alive. Very selfish indeed!

Hezekiah is not alone, however, in his selfishness. I find that many of us today are guilty of forsaking our future generations by some of the decisions that we make.

I’ll give you an illustration. Let’s say that John Smith is a lost man, living in sin, and beginning to reap the negative consequences of his worldly lifestyle. One day, he is confronted with his sinful condition, and is warned, not only of the eternal consequences that he will face, but also the problems that his children will have because of the course that he has charted. John is convicted of his sin, and realizes that he wants something better for his family. He trusts Christ as Saviour, along with his wife, and immediately begins to make some changes in his life. He brings his family to church every time the doors are opened; he removes many of the weights and also the sinful things from his home, and serves God with a passion. His family immediately begins to reap the benefits of his decisions. God is now blessing the family. He is meeting their needs, and is even giving them some of their heart’s desires. His kids grow up, and marry godly spouses. Everything is good. However, the next generation does not know, or perhaps doesn’t remember too well, what life was like before dad got saved. They are all saved also, but they don’t seem to fear the world and the devil like dad did, and they are not quite as zealous for the Lord as the first generation. They begin to allow some of the things that dad stood against back into their homes. They are not as consistent as mom and dad were about church attendance, either; and they do not feel like they should have to serve as much as their family did when they were growing up. Gradually and slowly they begin to pull away from what dad fought for. However, for the most part, life is still good: they are prospering financially, and they seem to have well adjusted families. Their children (generation 3), however, are even less interested in the things of God than generation 2 was. They hardly go to church at all now, and their children (generation 4) will not even be exposed to the gospel so that they could be saved like their parents, grandparents, and great-grandparents. Life isn’t so good for them. They make a lot of bad decisions, and the consequences of sin have completely ravaged their lives.

You will notice in the above example that a complete circle has been made. You will notice that in every generation there were decisions made that affected either positively or negatively the next generation. Great Granddad made some decisions that prospered his children, but unfortunately his children decided to do some things (or not do some things) that adversely affected the third generation. That is exactly what Hezekiah did. He made a decision that benefited himself temporarily, but destroyed future generations.

Parents, please be careful. The decisions that you make today will either positively or negatively affect your children and grandchildren. Don’t forsake the future generations.

Posted in Thoughts from Isaiah by Phil Erickson with no comments yet.