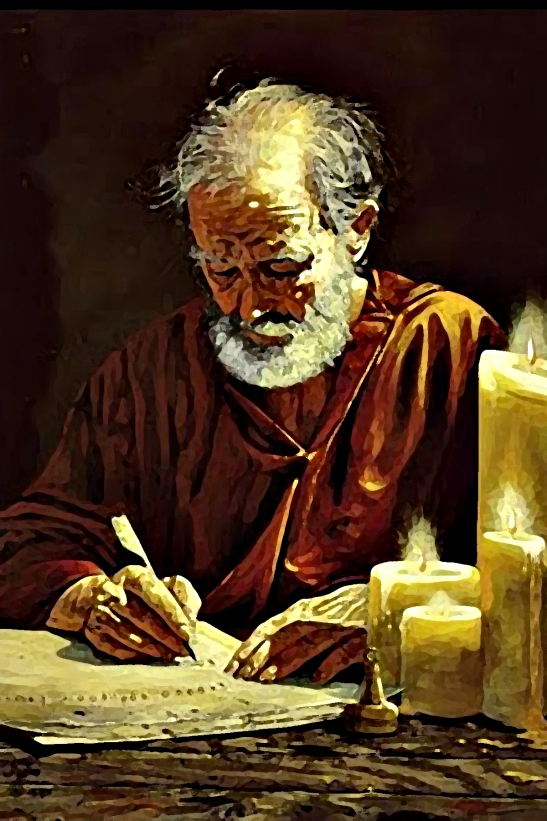 Read the “1118 Evening and Morning“ devotion for today, by the late Charles Haddon Spurgeon.

“And Saul was consenting unto his death. And at that time there was a great persecution against the church which was at Jerusalem; and they were all scattered abroad throughout the regions of Judaea and Samaria, except the apostles. … Therefore they that were scattered abroad went every where preaching the word.” (Acts 8:1, 4)

“And Saul, yet breathing out threatenings and slaughter against the disciples of the Lord, went unto the high priest, And desired of him letters to Damascus to the synagogues, that if he found any of this way, whether they were men or women, he might bring them bound unto Jerusalem.” (Acts 9:1-2)

“And as he journeyed, he came near Damascus: and suddenly there shined round about him a light from heaven: And he fell to the earth, and heard a voice saying unto him, Saul, Saul, why persecutest thou me? And he said, Who art thou, Lord? And the Lord said, I am Jesus whom thou persecutest: it is hard for thee to kick against the pricks. … And Ananias went his way, and entered into the house; and putting his hands on him said, Brother Saul, the Lord, even Jesus, that appeared unto thee in the way as thou camest, hath sent me, that thou mightest receive thy sight, and be filled with the Holy Ghost.” (Acts 9:3-5, 17)

“As they ministered to the Lord, and fasted, the Holy Ghost said, Separate me Barnabas and Saul for the work whereunto I have called them.“ (Acts 13:2)

“Through mighty signs and wonders, by the power of the Spirit of God; so that from Jerusalem, and round about unto Illyricum [in present day Greece], I [Paul] have fully preached the gospel of Christ.” (Romans 15:19)

“And the night following the Lord stood by him, and said, Be of good cheer, Paul: for as thou hast testified of me in Jerusalem, so must thou bear witness also at Rome.” (Acts 23:11)

Please read carefully again the series of verses above as they progress in time in the Book of Acts. In Acts 8:1 & 4, we see Saul, a lost Pharisee who was a passionate enemy of anybody who was a follower of Christ. The context of these verses was the stoning of Steven, which was authorized by Saul. Verse 4 states something very interesting, however. As the persecution that was caused by Saul and others increased in both frequency and intensity, the disciples of Christ were forced to run away from the persecutors. As they ran, however, they took the Gospel of Christ with them, and preached the Word all along the way. So the end result of the persecution was the gospel going forth to new places.

Notice next, in Acts 9:1 – 2, that Saul the persecutor is still at it, “breathing out threatenings and slaughter against the disciples of the Lord”. Something miraculous happens in verses 3 and following, however: Paul meets Jesus, the One he was so passionately persecuting. Jesus saves him!

In chapter 13 we learn that Saul has grown tremendously as a disciple of Christ, and is being greatly used in his home church in Antioch. The Holy Ghost separates him and his friend Barnabas, and commissions him to take the gospel into Asia.

The Book of Romans tells us that Saul (now called Paul) took the gospel all the way to Illyricum, in western Macedonia (present day Greece – just opposite the sea from Italy).

My point is that Paul was used of God all throughout his life, even before he was saved. The persecution that Paul brought was used of God to scatter believers everywhere, taking the Word of God with them. Then later, after his conversion, Paul purposely took the Word of God into all the known regions of the world; and then finally, even as a prisoner, Paul was used of God to testify of Christ as far as Rome. Isn’t it amazing that Paul, whether he was a persecutor, preacher, or prisoner advanced the cause of Christ. Paul’s life was a perfect picture of all things working together for good.

Just a thought here, but possibly there are some circumstances in your life right right now that are very unpleasant, may seem to be “bad”, but I bet God will use them also to glorify Himself, advance His kingdom, and maybe even make you into a better disciple.

Amen Pastor. it’s just to show you that God can use anybody any place and anytime.like the post.