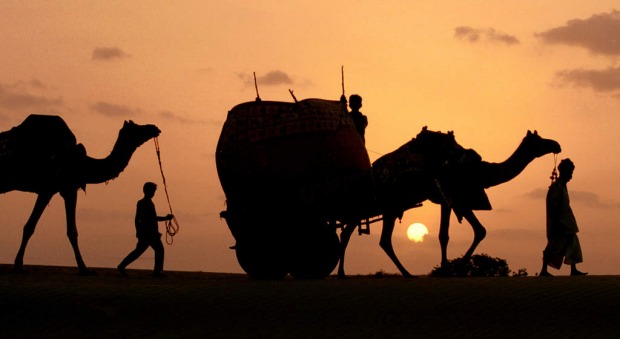 Read the “0314 Evening and Morning” devotion for today, by the late Charles Haddon Spurgeon.

“And the men took of their victuals, and asked not counsel at the mouth of the LORD.” – (Joshua 9:14)

In Joshua chapter nine, we see the children of Israel after their second successful battle in the land of Canaan. They had just destroyed the cities of Jericho and Ai, and they were on their way to conquer all of the other cities of Canaan that were in their path. The inhabitants of the land realized that this new nation coming in could not be beaten in battle, so they resorted to trickery in order to save themselves. The Gibeonites that inhabited four cities nearby that would have soon been destroyed came to the Joshua and the princes of Israel and pretended to be from a very far country, presumably outside of the land of Canaan. They even brought props with them in order to convince the Israelites that what they were saying was true. They brought with them mouldy bread, old and worn out shoes, and broken wine bottles; all designed to convince the Israelites that had travelled from far away. They were very deceptive, yet very convincing. They desired that Israel would make a covenant of peace with them, and Israel does. Without consulting the Lord, Israel takes the victuals that these people offer them, and promise them that they will not be destroyed.

The part about this story that I have the toughest time with is that even though the people of Israel were deceived, God still expected them to honor their covenant with these Gibeonites. It would seem to me that because the Gibeonites had not been truthful about where they came from, God would not expect His people to live up to their end of the bargain. I have struggled with this passage of Scripture for years, but I think I have it figured out now. You see, the people did not consult with God before they entered into this covenant. Had they talked to God about it, He would have told them not to believe the Gibeonites. As a result, Israel makes a tragic mistake, and God is going to make them live with their choice.

By the way, this is the second time that the Joshua Administration had acted without consulting God first. Remember when they went into the city of Ai the first time? They were defeated. Why? Because Achan stole the accursed thing back in the battle of Jericho. Again, it almost looked as if God was punishing the whole nation unfairly for the act of one man, which nobody else in Israel even knew about. But God knew, and God would have told Joshua, too, had Joshua only prayed before going into the battle with Ai. It seems that God’s people have this bad habit of praying after tragedy strikes, rather than doing a little preventive praying. Have you prayed today? Satan might right now be preparing a trap for you. You’d better be careful. What decisions are you about to make without a consultation with God, or perhaps at least a look into God’s principles found in His Word? What actions are you about to take? You had better take them to God first. You just may be on the verge of making a tragic mistake. God knows, and He can help you prevent it, but He wants you to come to Him first.

Posted in Thoughts from Joshua by Phil Erickson with no comments yet.