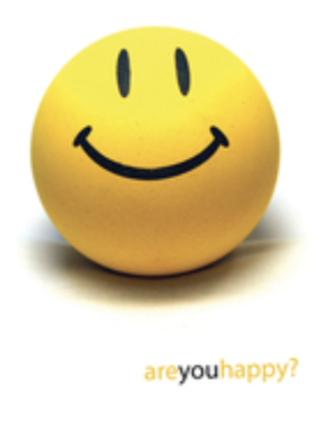 Read the “1124 Evening and Morning“ devotion for today, by the late Charles Haddon Spurgeon.

“I think myself happy, king Agrippa, because I shall answer for myself this day before thee touching all the things whereof I am accused of the Jews:” (Acts 26:2)

What makes you happy?

The Apostle Paul was thrilled on this particular day because he was given the opportunity to share with King Agrippa II (*see note below) and his wife, Bernice, the glorious gospel of the Lord Jesus Christ.

Let me back up a little bit and provide a little context to the story. Back in Acts 21, we learn of Paul’s arrest in Jerusalem, being accused of the Jews of bringing Gentiles into the Temple, which was a false accusation. The chief captain of the Roman Guard, Claudius Lysius, after hearing that some of the Jews had covenanted together to execute Paul, delivered him to Caesarea to protect him, and and also to bring him before Governor Felix. Felix holds on to Paul for two years, but had the opportunity himself to hear the gospel story and Paul’s testimony. When Festus becomes the new governor, he attempts to bring Paul back to Jerusalem to re-try his case before the Jewish religious leadership. But, Paul would have none of it and instead appealed his case to Caesar, which he had the right to do as a Roman citizen. Before he leaves Caesarea, however, he is given the opportunity to witness to King Agrippa, Bernice, and Festus.

Paul’s life was consumed with sharing the message of salvation with people. Paul was constantly rehearsing his testimony to whoever would give him an audience, and this made him very happy. It is interesting that a Spirit-filled Christian like Paul receives such joy out of sharing his faith and influencing people regarding salvation. Most of us are only happy when we are receiving tangible rewards or positive circumstances, but not Paul. Paul was in prison, but as long as he was telling people about Jesus, he was very happy.

Many Christians today are anything but happy, even though we are, for the most part, living very luxuriously. Perhaps, we should try doing what Paul did to amuse himself: witness to people. The good news of salvation is the greatest news on the planet, and there is no greater joy than sharing that news with someone who will listen. We may not see everybody that we speak to trust Christ as Savior, but we will receive joy knowing that they have the information they need in order to make that decision. Soul winning will make you happy. Try it today!