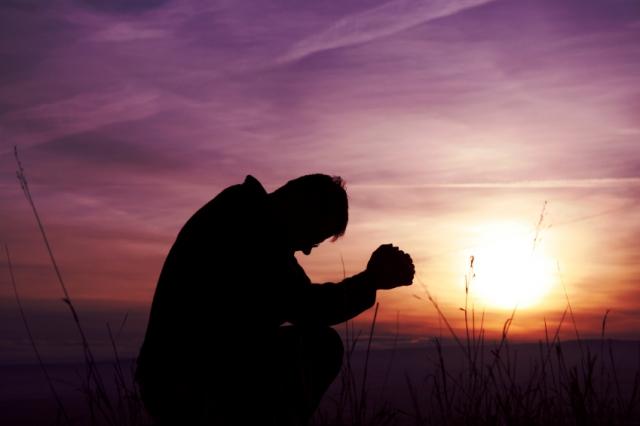 Read the “0917 Evening and Morning“ devotion for today, by the late Charles Haddon Spurgeon.

“And I prayed unto the LORD my God, and made my confession, and said, O Lord, the great and dreadful God, keeping the covenant and mercy to them that love him, and to them that keep his commandments; We have sinned, and have committed iniquity, and have done wickedly, and have rebelled, even by departing from thy precepts and from thy judgments:” (Daniel 9:4 & 5)

The three chapters that we have read today contain wonderful prophecies about what was going to lie ahead for the people of Israel; and partially they reveal what still lies ahead for us today. Daniel receives several visions in these chapters, and for the most part they are explained to him so that he (and we) can understand them. We basically learn about all of the kingdoms that would rule the earth from the time of Daniel up until the time of the return of Christ. We learn that the Kingdom of Babylon would be overtaken by the Kingdom of the Medes and the Persians. Following them will be the Greeks; and finally we conclude with the Roman Empire which was in power at the time of Christ. This kingdom will eventually be revived and ruled by Antichrist in the last days. These are fascinating and amazingly easy to understand passages of Scripture that leave us with the assurance of knowing that we already have the victory over any evil forces that may come our way.

However, in the midst of all of this prophecy that is given in these three chapters is a prayer to God by Daniel. The thing that captivated my attention about this prayer is that Daniel includes himself in his confession to God regarding all of the iniquity of the people of God. He doesn’t say “they”; he says “we”. Now from what we know about Daniel from what is recorded in Scripture is that he was a very good man. There is not a mark against him in the Word of God. However, we know that he was a man like every other man and was not sinless. Nevertheless, he includes himself in all of the corporate idolatry and immorality that the nation was guilty of. I don’t think that he had forsaken God as the nation had, yet he took the blame upon himself.

I have a couple of thoughts regarding this humble prayer of Daniel:

1 Daniel is a type of Christ here who, though innocent, takes the blame for the sin of others.

2 Daniel is not like most men, including myself at times, who are always trying to pass the blame on to others. Why are we so full of pride that we have to try to make ourselves look to be without flaw and without sin. We are sinners. Sinners sin: it’s what we do. When we sin, we ought to be able to admit it to the Lord, ourselves, and others. We are not God. God doesn’t sin. Remember the old saying, “to err is human”. It is. Humans err; humans make mistakes; humans get away from God. Let’s not be proud of our humanity, but let’s try to humble ourselves enough to recognize it.

Christian, let me encourage you to not think of yourself more highly than you ought to think. You ought always to be willing to accept blame for your actions; and even accept some blame for the actions of those you may be associated with. Daniel took full responsibility for the actions of his nation. We ought to have enough humility to come before God the same way. It really is kind of strange the way we behave. We try to present ourselves as perfect: we want to be seen as some kind of God; but God, who is perfect, took upon Himself the blame of everyone else.

Amen Pastor.We Need to lighten our load in our Christian walk,By confessing our sins to the Lord.