May 4th, 2021 Choose Your Battles Wisely 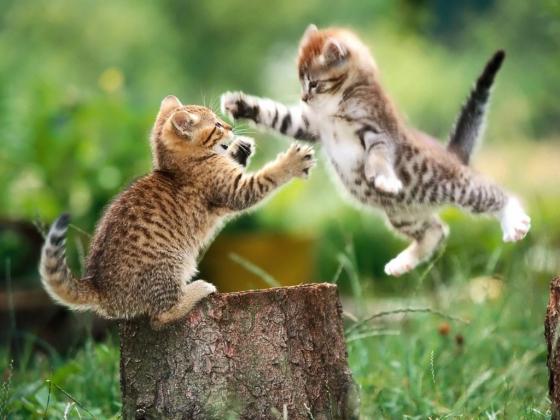 Read the “0504 Evening and Morning” devotion for today, by the late Charles Haddon Spurgeon

“In his days Pharaohnechoh king of Egypt went up against the king of Assyria to the river Euphrates: and king Josiah went against him; and he slew him at Megiddo, when he had seen him.” – (2 Kings 23:29)

In order to make sense of the story referenced in 2 Kings 23:29 (above), the parallel passage in 2 Chronicles 35:20 – 25 should be read also. In a nutshell, the two big dogs on the block during the time of Josiah are Egypt and Assyria. The Kingdom of Judah, which includes Jerusalem and its surrounding areas was nestled right in between these two world powers. Assyria had already conquered the northern kingdom of Israel. Anyway, Egypt was travelling north to fight with Assyria at a place called Carchemesh on the Euphrates River. King Josiah from Judah, for some unknown reason, got in the middle of this battle, choosing to fight for the Assyrians against Egypt. 2 Chronicles tells us that the Pharaoh of Egypt warned Josiah not to interfere. Nowhere in Scripture does it say that God told Josiah to get involved. From all appearances it looks as if Josiah was killed because he involved himself in something that God never told him to be involved in. Josiah was a great king, but he got his priorities messed up here. The end result is that Josiah’s son takes control of Judah, and the Bible tells us that he did that which was evil in the sight of the Lord.

I think that there is a great lesson for us to learn here. Sometimes we get ourselves in trouble when we interfere in things that God never told us to interfere with. We need to learn to do two things. First, we need to choose our battles carefully. Second, we need to learn to mind our own business at times. Now don’t misunderstand, sometimes God wants us to get involved in things that are not directly involving us, but when these times arise we need to make sure that it is truly God’s will for us to involve ourselves. When I look back through the  years of my ministry here at Jersey Shore Baptist Church, I can now see in hindsight that there were many times that I got involved in things that God never told me to do. As a result, the church would lose focus, and harm would come. I am trying now to stay within the area that God has called me to. He has called me to pastor the people of Jersey Shore Baptist Church, and He has called me to get the message of the gospel to my community. Besides my responsibilities as a husband and father, those are my main duties. It is a big enough job by itself, so I don’t need to get mixed up in something that distracts me from those purposes. There are a lot of “good” causes out there to get involved in, but even a “good” cause can become sin, if it is not God’s will.

How about you? Do you ever find yourself getting sidetracked into an area that distracts you from what you know God wants you to do? Choose your battles wisely, mind your own business, and stay focused on the will of God for your life.

By the way, I want to also be careful to acknowledge that even though Josiah got mixed up in something he shouldn’t have, he was still a great king, and in my opinion the greatest king Judah ever had. Chapter 23 of our passage records all of the great things Josiah did in Judah and even in the northern kingdom, Israel. He worked tirelessly removing the evil that his predecessors had allowed to enter into the land.

Posted in Thoughts from 2 Kings by Phil Erickson with no comments yet.
5 1 vote
Article Rating
Subscribe
Login