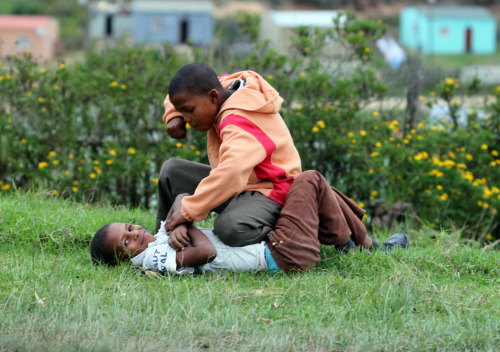 Read the “0113 Evening and Morning“ devotion for today, by the late Charles Haddon Spurgeon.

Read a previous post from today’s reading – “Lead On Softly“

“And it came to pass on the third day, when they were sore, that two of the sons of Jacob, Simeon and Levi, Dinah’s brethren, took each man his sword, and came upon the city boldly, and slew all the males.” (Genesis 34:25)

“And it came to pass, when Israel dwelt in that land, that Reuben went and lay with Bilhah his father’s concubine: and Israel heard [it]. Now the sons of Jacob were twelve:” (Genesis 35:22)

I grew up in a home with four boys. We were blessed to not have any sisters. Girls have cooties: at least that is what I was told as a boy. In fact, even in my extended family, on my dad’s side, there were only boys. I had six male cousins, but no girls. I remember my grandmother would often get frustrated with our bad behavior. We were always fooling and fighting. We were being boys. She would often go get my dad and tell him: “Those Boys!” I must have heard that phrase come out of her lips a thousand times, and it usually meant that we were in trouble.

Jacob also had a bunch of boys that would often find themselves in trouble. In fact the verses above tell of the shinanigans that three of the sons were involved in. The first involved sons numbers two and three: Simeon and Levi. (I was often referred to by number as a child as well.) It seems that these boys wanted to exact revenge upon a local huligan that had raped their sister. Now, there is nothing wrong with these boys wanting to see justice done to this guy; but they took it way too far. Without the permission of their father, they go into this man’s village and kill every male. Jacob later recalls the event and says that the boys were instruments of cruelty, and that their anger was fierce. I don’t blame them for the way they felt, and I do not fault them for desiring revenge. I have three daughters of my own now, and I don’t even want to think about what I would do if this happened to one of them. But, there will be many times in life where our passion, and our thinking need to be yielded to the will of God.

The next incident involves son number one; the oldest, Reuben. This man also had a big problem with passion, but with him it was a sick lust for the opposite sex. This man actually had sex with his father’s concubine (kind of a second class wife). His fleshly desires were out of control. He was certainly not considering the will of God when he did this. Consider for a moment the depravity of the human heart. Your heart and my heart. We need to yield our members as instruments of righteousness; and we need to walk in the Spirit so that we will not fulfil the lusts that are inside each of us.

Unfortunately for these boys there were some pretty severe consequences for their actions. You will recall that the boys involved in these two incidents were boys one through three, right? Reuben, who was the firstborn, should have been the one with the birthright, but he lost it. Simeon and Levi were disqualified also. Guess who got it? Your right. Boy number four, Judah. I seem to recall that Jesus is called the lion of the tribe of Reuben, right? No. He is the lion of the tribe of Judah. Jesus descended from Son Number Four. The only thing good that came from Reuben is a tasty sandwich with Pastrami and Swiss Cheese. The bottom line is that I want to exhort you to think before you allow your passions to take control. The act of passion takes only a moment, but the consequences are long term. Please, walk with God. Run every decision, every word, every act past His desk. Let Him control your passions.

Posted in Thoughts from Genesis by Phil Erickson with 2 comments.