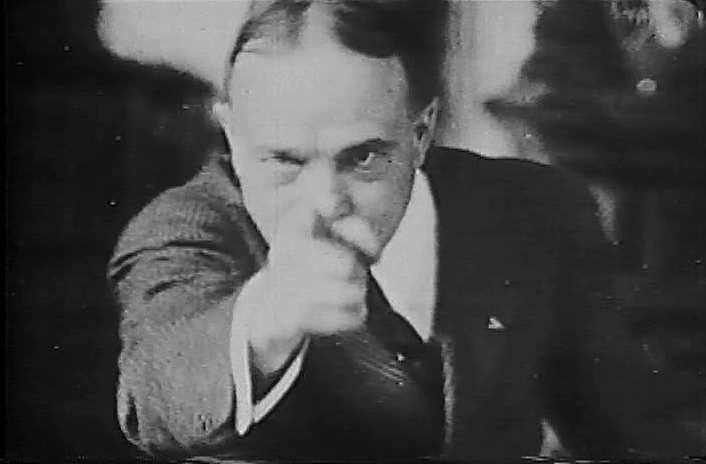 Read the “0929 Evening and Morning“ devotion for today, by the late Charles Haddon Spurgeon.

“The word of the LORD which came unto Zephaniah the son of Cushi, the son of Gedaliah, the son of Amariah, the son of Hizkiah, in the days of Josiah the son of Amon, king of Judah. I will utterly consume all things from off the land, saith the LORD. I will consume man and beast; I will consume the fowls of the heaven, and the fishes of the sea, and the stumblingblocks with the wicked; and I will cut off man from off the land, saith the LORD. I will also stretch out mine hand upon Judah, and upon all the inhabitants of Jerusalem; and I will cut off the remnant of Baal from this place, and the name of the Chemarims with the priests; And them that worship the host of heaven upon the housetops; and them that worship and that swear by the LORD, and that swear by Malcham; And them that are turned back from the LORD; and those that have not sought the LORD, nor enquired for him.” (Zephaniah1:1-6)

“And I beheld, and heard an angel flying through the midst of heaven, saying with a loud voice, Woe, woe, woe, to the inhabiters of the earth by reason of the other voices of the trumpet of the three angels, which are yet to sound!” (Revelation 8:13)

Good morning. If only we had more prophets like Zephaniah who tell it like it is. Someone who will stand up and say homosexuality is an abomination to God, and abortion is murder. Someone who will say if God made you man, you are a man. If God made you a woman, you are a woman. If you’re a woman who says you should have been a man, you are saying that the perfect God made a mistake. Same with a man who thinks he should have been a woman, your god is not perfect.

Woe, woe, woe America. You have murdered over 60 million innocent babies since the Roe v. Wade law was passed.

Woe, woe, woe America. You want to train your babies how they were born, and then at age 4, let them decide if they want to grow up to be a man or a woman.

Woe, woe, woe America. You want to take God out of the nation that He built. Yet He is the only one who can help you.

Woe, woe, woe America. You want to make the Bible illegal. Yet the Bible shows you the only way to salvation.

“But continue thou in the things which thou hast learned and hast been assured of, knowing of whom thou hast learned them; And that from a child thou hast known the holy scriptures, which are able to make thee wise unto salvation through faith which is in Christ Jesus. All scripture is given by inspiration of God, and is profitable for doctrine, for reproof, for correction, for instruction in righteousness: That the man of God may be perfect, throughly furnished unto all good works.” (2Timothy 3:14-17)

“For I am not ashamed of the gospel of Christ: for it is the power of God unto salvation to every one that believeth; to the Jew first, and also to the Greek.” (Romans 1:16)

Woe, woe, woe America. Open your eyes and see that we are in the end times and that Jesus is coming soon…

“This know also, that in the last days perilous times shall come. For men shall be lovers of their own selves, covetous, boasters, proud, blasphemers, disobedient to parents, unthankful, unholy, Without natural affection, trucebreakers, false accusers, incontinent, fierce, despisers of those that are good, Traitors, heady, highminded, lovers of pleasures more than lovers of God; Having a form of godliness, but denying the power thereof: from such turn away. For of this sort are they which creep into houses, and lead captive silly women laden with sins, led away with divers lusts, Ever learning, and never able to come to the knowledge of the truth. Now as Jannes and Jambres withstood Moses, so do these also resist the truth: men of corrupt minds, reprobate concerning the faith. But they shall proceed no further: for their folly shall be manifest unto all men, as theirs also was. But thou hast fully known my doctrine, manner of life, purpose, faith, longsuffering, charity, patience, Persecutions, afflictions, which came unto me at Antioch, at Iconium, at Lystra; what persecutions I endured: but out of them all the Lord delivered me. Yea, and all that will live godly in Christ Jesus shall suffer persecution. But evil men and seducers shall wax worse and worse, deceiving, and being deceived.” (2Timothy 3:1-13)

America, you don’t have to have this woe, but it is a choice that you have to make.

“For God so loved the world, that he gave his only begotten Son, that whosoever believeth in him should not perish, but have everlasting life. For God sent not his Son into the world to condemn the world; but that the world through him might be saved. He that believeth on him is not condemned: but he that believeth not is condemned already, because he hath not believed in the name of the only begotten Son of God. And this is the condemnation, that light is come into the world, and men loved darkness rather than light, because their deeds were evil.” (John 3:16-19)

“But what saith it? The word is nigh thee, even in thy mouth, and in thy heart: that is, the word of faith, which we preach; That if thou shalt confess with thy mouth the Lord Jesus, and shalt believe in thine heart that God hath raised him from the dead, thou shalt be saved. For with the heart man believeth unto righteousness; and with the mouth confession is made unto salvation. For the scripture saith, Whosoever believeth on him shall not be ashamed. For there is no difference between the Jew and the Greek: for the same Lord over all is rich unto all that call upon him. For whosoever shall call upon the name of the Lord shall be saved.” (Romans 10:8-13)

“But the fearful, and unbelieving, and the abominable, and murderers, and whoremongers, and sorcerers, and idolaters, and all liars, shall have their part in the lake which burneth with fire and brimstone: which is the second death.” (Revelation 21:8)

“And the devil that deceived them was cast into the lake of fire and brimstone, where the beast and the false prophet are, and shall be tormented day and night for ever and ever. And I saw a great white throne, and him that sat on it, from whose face the earth and the heaven fled away; and there was found no place for them. And I saw the dead, small and great, stand before God; and the books were opened: and another book was opened, which is the book of life: and the dead were judged out of those things which were written in the books, according to their works. And the sea gave up the dead which were in it; and death and hell delivered up the dead which were in them: and they were judged every man according to their works. And death and hell were cast into the lake of fire. This is the second death. And whosoever was not found written in the book of life was cast into the lake of fire.” (Revelation 20:10-15)