Jun 3rd, 2019 Haman And His Antisemitism 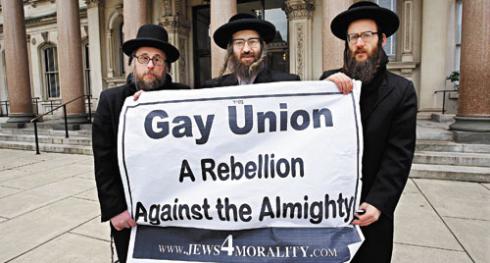 “After these things did king Ahasuerus promote Haman the son of Hammedatha the Agagite, and advanced him, and set his seat above all the princes that were with him. And all the king’s servants, that were in the king’s gate, bowed, and reverenced Haman: for the king had so commanded concerning him. But Mordecai bowed not, nor did him reverence. Then the king’s servants, which were in the king’s gate, said unto Mordecai, Why transgressest thou the king’s commandment? Now it came to pass, when they spake daily unto him, and he hearkened not unto them, that they told Haman, to see whether Mordecai’s matters would stand: for he had told them that he was a Jew. And when Haman saw that Mordecai bowed not, nor did him reverence, then was Haman full of wrath. And he thought scorn to lay hands on Mordecai alone; for they had shewed him the people of Mordecai: wherefore Haman sought to destroy all the Jews that were throughout the whole kingdom of Ahasuerus, even the people of Mordecai.” (Esther 3:1-6)

“Now the LORD had said unto Abram, Get thee out of thy country, and from thy kindred, and from thy father’s house, unto a land that I will shew thee: And I will make of thee a great nation, and I will bless thee, and make thy name great; and thou shalt be a blessing: And I will bless them that bless thee, and curse him that curseth thee: and in thee shall all families of the earth be blessed.” (Genesis 12:1-3)

Good morning. You know the verse? The one in Proverbs…

“Pride goeth before destruction, and an haughty spirit before a fall.” Proverbs 16:18)

Well Haman’s spirit was lifted up when king Ahasuerus promoted him to a position above all the princes that were with him. His pride was hurt, though, when a Jew named Mordecai refused to bow down, worshiping him. This was the start of Haman’s hatred of all the Jews. Haman gets the king to order the extermination of all the Jews. Not only this, but Haman built a gallows just for Mordecai to hang from. In chapter 7 we find that the tables have turned. God is keeping His promise of cursing those who cuse the Jews, and Haman is put to death on his own gallows. How is your feeling toward the Jews. You can be a blessing and receive a blessing, or you could curse, and be cursed yourself. Just remember, if you are a Christian, you have been grafted in…

“For if the casting away of them be the reconciling of the world, what shall the receiving of them be, but life from the dead? For if the firstfruit be holy, the lump is also holy: and if the root be holy, so are the branches. And if some of the branches be broken off, and thou, being a wild olive tree, wert graffed in among them, and with them partakest of the root and fatness of the olive tree; Boast not against the branches. But if thou boast, thou bearest not the root, but the root thee. Thou wilt say then, The branches were broken off, that I might be graffed in. Well; because of unbelief they were broken off, and thou standest by faith. Be not highminded, but fear: For if God spared not the natural branches, take heed lest he also spare not thee.” (Romans 11:15-21)

And then there was Balak, king of the Moabites. Israel had come up from Egypt, and the Moabites feared them. Balak sent messengers to enlist the help of a prophet named Balaam. Balak wanted Balaam to curse Israel. And God told him not to go. He went anyway, and God tried to stop him. God finally let Balaam go to Balak, but He would not allow Balaam to curse Israel, only bless them. Balaam’s story starts in Numbers 22. Balaam descided to stick around. God tried to keep him from going, but we all have a free will, and in Numbers chapter 31…

“And Moses sent them to the war, a thousand of every tribe, them and Phinehas the son of Eleazar the priest, to the war, with the holy instruments, and the trumpets to blow in his hand. And they warred against the Midianites, as the LORD commanded Moses; and they slew all the males. And they slew the kings of Midian, beside the rest of them that were slain; namely, Evi, and Rekem, and Zur, and Hur, and Reba, five kings of Midian: Balaam also the son of Beor they slew with the sword.” (Numbers 31:6-8)

So just nine chapters after going to Moab, Balaam is killed along with five Midianite kings.

So how should we treat the Jews? Remeber that they were chosen by God to be His bride, just as the church is the bride of Christ. They believe in and are trying to serve the same God that we are. The only thing we should do is to tell them who the Messiah is. Show them Christ. Help them to understand that God provided their salvation by dying on the cross for us. Pray for them and the peace of Jerusalem.