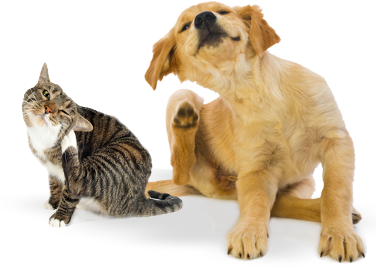 Read the “0425 Evening and Morning” devotion for today, by the late Charles Haddon Spurgeon

Read a previous post from this passage – “Shouldn’t We Be Different?”

“Then the king of Israel gathered the prophets together, about four hundred men, and said unto them, Shall I go against Ramothgilead to battle, or shall I forbear? And they said, Go up; for the Lord shall deliver it into the hand of the king. And Jehoshaphat said, Is there not here a prophet of the LORD besides, that we might enquire of him? And the king of Israel said unto Jehoshaphat, There is yet one man, Micaiah the son of Imlah, by whom we may enquire of the LORD: but I hate him; for he doth not prophesy good concerning me, but evil. And Jehoshaphat said, Let not the king say so.” – (1 Kings 22:6-8)

“For the time will come when they will not endure sound doctrine; but after their own lusts shall they heap to themselves teachers, having itching ears;” – (2 Timothy 4:3)

If you had a disease within your body that could be life threatening if left untreated, would you want a doctor who told you the truth, or would you want one who tells you what you want to hear? You would most certainly want to know the truth so that you could get the proper treatment in order to fix the problem. Why is it, however, that many people want a preacher that avoids the truth in order to “tickle the ears” of his people. In our text, this is exactly what Ahab does. He calls the 400 “prophets” who he knows will agree with him. He wants to go to war with Syria. His friend, King Jehosaphat of Judah, recommends that they get counsel from God, but instead of calling upon the one preacher that speaks the truth, he calls these other 400 who he knows will tell him what he wants to hear. The real man of God, Micaiah, when finally called upon at the insistence of Jehoshaphat, tells him the painful truth. Ahab rewards this preacher of truth buy having him thrown in jail.

Christians, we need men of God that will tell us what we need to hear, not what we want to hear. The truth will set us free. If you are church member, encourage your pastor by insisting that he gives you the Truth straight from the Word of God. Cheer him as he preaches difficult sermons. If you are a preacher, let me encourage you to be fearless, yet compassionate in your preaching. Tell them what God said, whether they appreciate it or not. Even if they don’t appreciate what you are telling them now, they probably will later. The truth is not pleasant sometimes, but it always gives the people what they need to make good decisions. You are not in a popularity contest, You are a messenger for God. The people cannot possibly make wise choices unless they have the Truth to help them.

There is also a lesson to be learned in this passage regarding separation. Jehoshaphat was a good man, but he had no business running with the likes of Ahab.

Posted in Thoughts from 1 Kings by Phil Erickson with no comments yet.