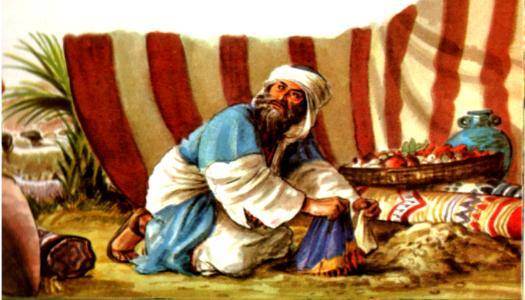 Read the “0313 Evening and Morning” devotion for today, by the late Charles Haddon Spurgeon.

“And Joshua sent men from Jericho to Ai, which is beside Bethaven, on the east side of Bethel, and spake unto them, saying, Go up and view the country. And the men went up and viewed Ai. And they returned to Joshua, and said unto him, Let not all the people go up; but let about two or three thousand men go up and smite Ai; and make not all the people to labour thither; for they are but few. So there went up thither of the people about three thousand men: and they fled before the men of Ai. And the men of Ai smote of them about thirty and six men: for they chased them from before the gate even unto Shebarim, and smote them in the going down: wherefore the hearts of the people melted, and became as water.” – (Joshua 7:2-5)

In our passage today, we read of the great victory of the Lord’s people in the Battle of Jericho. The large, fortress city of Jericho fell completely without one casualty in the army of Israel. It was perhaps the greatest military victory in history. Unfortunately, soon after the conquest of Jericho, the people of God suffered an horrible, embarrassing defeat against the much smaller city of Ai. Israel fled from the army of Ai, and mourned the loss of thirty-six men. Why would God give Israel such a tremendous victory at Jericho, and then remove his blessing from them so that they would lose so easily against a much smaller foe? I believe there are three reasons: three accursed things found within the camp of Israel that caused God to allow Israel to be punished before their enemy.

1  Disobedience – There was sin in the camp.

Achan took a garment from Jericho, which seems like a small thing; yet, God was very upset about it. He had given clear instructions that nothing from Jericho was to be taken, save the silver and gold, which was to be brought into Israel’s treasury. Not only did Achan take the garment, but he also stole some silver and gold for himself. The sin of one man can greatly affect the blessing of God on an entire congregation. You might think that God was unfair to judge the whole nation for the sin of one man, but you may change your mind when you consider the next two reasons.

3  Independence – When you review the account of the victory of Jericho, you will see that “the Captain of the host of the Lord” had given Joshua complete detailed instructions as to what Israel should do. However, when you look at the battle of Ai, you will see that not once does God speak to Joshua about going into Ai; nor does Joshua pray to God about going in. Now, we know that Ai was one of the many cities that God wanted the children of Israel to conquer, but they should have consulted the Lord first as to when and how they should do it. They didn’t, and as a result, Israel was on their own in this battle, without God. They didn’t think they needed God for this little city. Boy were they mistaken. I’m willing to bet that if Joshua would have just asked God about Ai before going in, God would have told Joshua about Achan’s sin. One little prayer would have prevented the demoralizing defeat as well as the death of thirty-six men. How often have you and I done things without consulting the Lord first?

When we think of Ai, we often think of “the accursed thing”, but as we have learned, there were really three of them. There was more than just one sin in the camp. Along with the sin of taking the garment and the gold there was also the sin of trusting in their own fleshly abilities, and the sin of not praying to God. Let’s not you and I make these same mistakes in our lives.

Posted in Thoughts from Joshua by Phil Erickson with 4 comments.