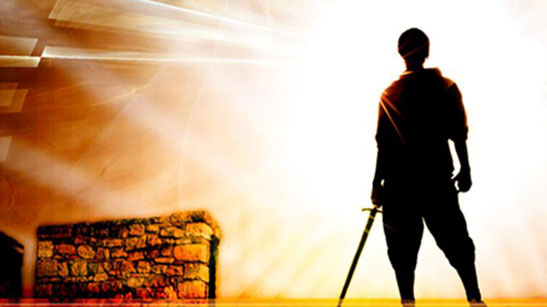 Read the “ 0909 Evening and Morning” devotion for today, by the late Charles Haddon Spurgeon.

“So thou, O son of man, I have set thee a watchman unto the house of Israel; therefore thou shalt hear the word at my mouth, and warn them from me.” – (Ezekiel 33:7)

“And, lo, thou art unto them as a very lovely song of one that hath a pleasant voice, and can play well on an instrument: for they hear thy words, but they do them not.” – (Ezekiel 33:32)

“Say unto them, As I live, saith the Lord GOD, I have no pleasure in the death of the wicked; but that the wicked turn from his way and live: turn ye, turn ye from your evil ways; for why will ye die, O house of Israel?” (Ezekiel 33:11)

God does not enjoy judging people. We must warn them.

At the end of chapter 33, God uses the title, “prophet”. Ezekiel was preaching to a people who seemed to enjoy listening to him, but they didn’t heed what he said. As a pastor, I often feel as if I am wasting my time. Though the church is full on Sunday morning with people who seem to enjoy the messages, I see very little change in their lives. It gets frustrating sometimes. But then I remember how I often disobey my own preaching. I guess that gets very frustrating to God. Things aren’t always the way they appear to be, however. I have often been fooled by people. I have known people who, on the surface, appeared to be bearing no fruit in their lives; and discovered that their lives were, in fact, being transformed and they were actually making an impact on the people around them.  I remember one time there was a guy at a former church that had long hair and a scraggly beard. He smoked like a chimney. He would come in on Sunday mornings, and I remember wondering to myself if the guy was even saved. One day, he invited the pastor to come to his house to help him talk to some of his friends about the Lord. The pastor arrived to a dozen or more people who all looked as rough as the guy who invited them; but, a bunch of those folks got saved. I was fooled by what I saw on the outside. I have also been fooled by people who I thought were walking with God because they looked good on the outside. Again, things aren’t always as they seem. I guess my job is just to faithfully deliver the truth from the Word of God, and pray that someone (including myself) will listen. But, ultimately the results are up to God and the listeners.

The title used in chapter 34:1 – 10 is “shepherds”. The shepherds were supposed to feed and protect the flock. God rebukes these shepherds of Ezekiel’s day because they were more concerned with feeding themselves. I wonder what God would say to me about my concern for the sheep that He has entrusted to me. These are very sobering passages, especially for the preachers and teachers. I will someday face God and will be judged regarding the ministry that He has given me. It is an awesome and very difficult responsibility. I have already failed on numerous occasions, but my desire is to learn and grow so that I can do better in the future. Pray for me and for all who proclaim the Truth of God that we will boldly, but compassionately deliver both the Truth of God and the love of God to those we are called to minister to.

Posted in Thoughts from Ezekiel by Phil Erickson with 1 comment.